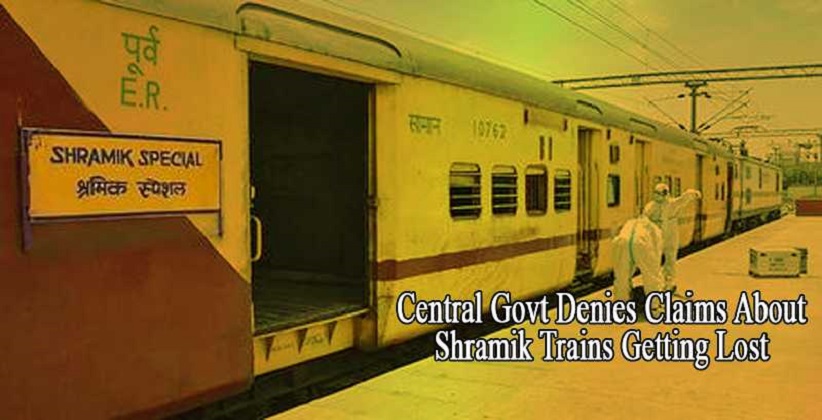 The Railways defended itself on Friday (September 18,2020) in the face of severe criticism over delays by Shramik Specials in reaching their destinations, saying they were not regular trains and they can be extended or short-terminated, and their stoppages and routes can be changed for the benefit of migrant workers.

Addressing a press conference, Railway Board Chairman VK Yadav clarified that no train can ever be "lost", as has been said about the delayed trains, and pointed out that of the 3,840 trains operated since 1 May, only four have taken over 72 hours to reach their destinations.

The clarifications came amid criticism over delays that the migrant trains were getting "lost" before reaching their destinations. Railways data shows that 36.5 percent of all Shramik trains have ended up in Bihar and 42.2 percent have terminated in Uttar Pradesh, leading to unequal pressure on these routes.

Repeatedly stating that these were "unusual times", Yadav also defended the Railways against the flak over lack of food and water onboard the delayed trains, saying 85 lakh meals and 1.25 crore water bottles were supplied free of cost to passengers.

He said complaints from passengers aboard specific trains have been investigated and it was found that there were no discrepancies in the supply of meals.

"Because of coronavirus, many contractors did not want to board the trains to distribute food. We would initially give the packets for them to take on their own. But now our employees are using masks and gloves to enter the trains and distribute food.

Yadav said the Railways was compiling a list of people who died on the Shramik Specials as he urged everyone with pre-existing health conditions, pregnant women, and the aged to avoid unnecessary travel.

"Indian Railways has a control system; the train is immediately stopped if someone is found ill and doctors try to save their lives. Many passengers have been attended to by Railway doctors, 31 successful deliveries have been done.

In many cases, they were sent to the nearest hospital base.

"I understand that they are traveling in desperate times. Each death is investigated. We are compiling the data on deaths and the reasons behind the dates from state governments. We will make it public when we have the numbers and I don't want to comment on this without correct numbers," he said responding to a question on the number of deaths on board these trains.

He also said 90 percent of these migrant trains ran with an average speed higher than regular mail express trains.

"There was some fake news that a train reached Siwan in nine days... We diverted only 1.8 percent of trains. From 20-24 May, 71 trains were diverted because of high demand for trains to UP, Bihar, where 90 percent trains were going from across the country," Yadav said.

He said in one case, a train which was to go to Allahabad was sent to Lucknow and was reported as "lost". It was diverted to the Uttar Pradesh capital when it was realized that there were fewer people destined for Allahabad and more on the Lucknow route.

Among the destination-states for which the trains were diverted were Bihar (51), Uttar Pradesh (16), Jharkhand (2), Assam, and Manipur (1 each).

Among the originating-states for which trains were diverted included Maharashtra, Gujarat, Karnataka, Rajasthan.

Shramik trains operated in the last one week and over 20 lakh passengers were ferried.

"Railways has accommodated almost all requests received from the sending states and we are ready to meet all demand of Shramik movements. The requirement of states as on May 24 was 923 trains, as per requirement yesterday, the figure is now 449 trains," he said.

He said meals -- breakfast, lunch, dinner -- were served at en-route stations and the state governments provided food and water at starting stations. IRCTC and various railway divisions arranged free meals and water for migrants in trains en route and over 85 lakh meals and 1.25 crore water bottles were supplied free.