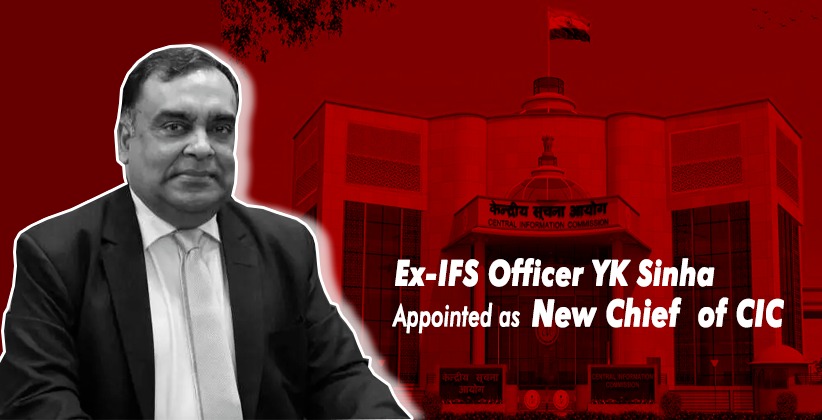 The office of the CIC remained vacant since August 27, 2020, with the retirement of Ex-Chief Bimal Jhulka. Mr. Sinha was also the ambassador of India to Venezuela and a minister at the Indian Embassy in Abu Dhabi. The file with names recommended by the PM led selection committee for the post of CIC and three Information Commissioner has been sent to the President of India for approval. A notification is expected soon.