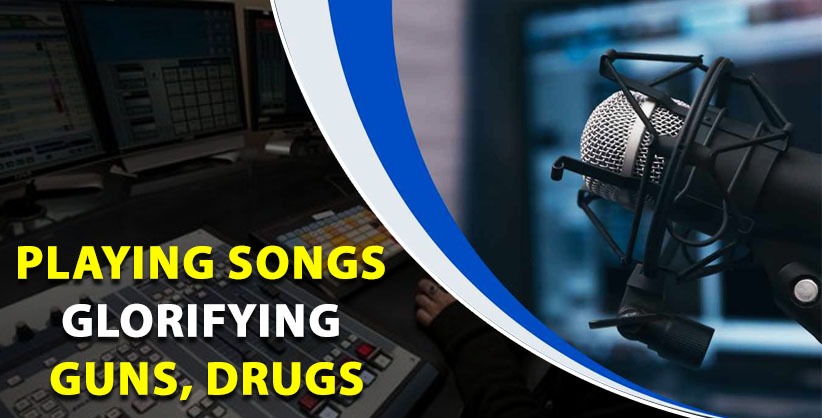 The advisory by the Ministry of Information and Broadcasting advisory was issued on Wednesday.

It has come after the High Court of Punjab and Haryana took note that “such content affects the children of impressionable age” and is giving rise to the culture of gangsters.

The Punjab government had also banned the public displays of weapons and songs glorifying violence, after having noted airing of a number of Punjabi pop songs that glorify guns and other weapons as well as the use of drugs.

Since the broadcast of such songs or content is in violation of the AIR Programme Code, the advisory said, FM channels violating these provisions are liable to an action.

The government has the right to impose sanctions for suspension of the permission and prohibition of broadcast, in case of violation of  GOPA and MGOPA, the advisory said.