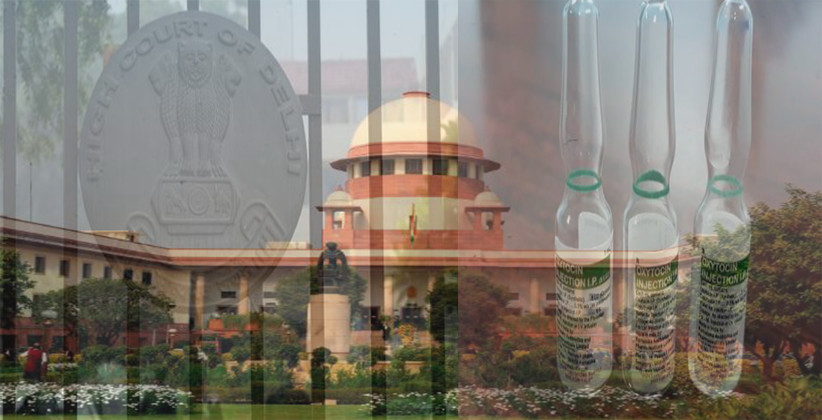 The Central government has moved the Supreme Court against the Delhi High Court August 31, 2019, verdict in which the High Court had suspended the ban that was imposed by the Centre on the manufacturing, distribution, sale, and import of oxytocin by the private companies in India.

Oxytocin is a uterine stimulant hormone which is used to induce labour during childbirth and control bleeding after it. It is also used to help abort the foetus in case of incomplete abortion or miscarriage.

In April 2018, the government through a notification restricted private companies from manufacturing or supplying the drug (oxytocin) to stop its alleged misuse in the dairy sector, where it was injected into dairy animals to increase their milk production.

As per the notification issued by the Centre, Karnataka Antibiotics and Pharmaceuticals Ltd (KAPL), a government company, was solely allowed to manufacture the drug to meet the needs of the country.

This was challenged in the Delhi High Court in a batch of petitions preferred by NGO – All India Drug Action Network amongst others contending that move was unreasonable and arbitrary.

A Bench comprising of Justice S. Ravindra Bhat and Justice A.K. Chawla had suspended the ban after noting that the Centre “did not weigh in the dangers of concentrating manufacture of Oxytocin with one unit,” and that the decision could lead to restricted supply of the drug, which would have an adverse effect on maternal health.