Home Executive States Can Grant Hindus Minority Status If They Are A Minority In That State: Centre To Supreme Court
Executive

States Can Grant Hindus Minority Status If They Are A Minority In That State: Centre To Supreme Court 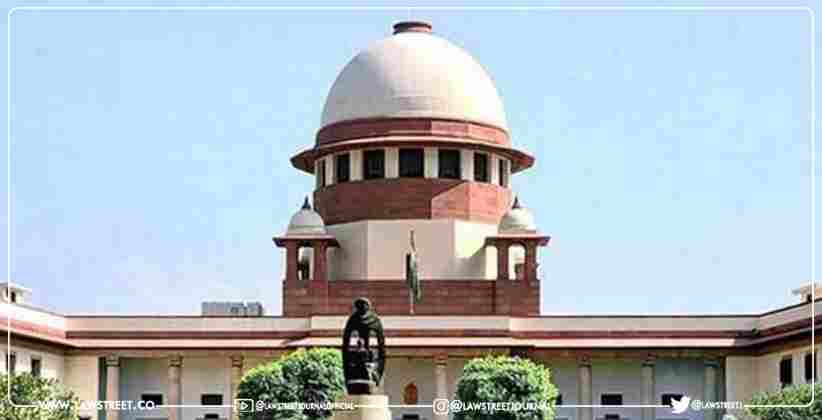 The Central Government told the Supreme Court in a petition seeking minority status for Hindus in Mizoram, Nagaland, Manipur, Meghalaya, Arunachal Pradesh, Punjab, Lakshadweep, Ladakh, Kashmir, and other states that they can be notified as minorities for the purposes of Articles 29[1] and 30[2] by the concerned State Governments.

The Centre has told the Court that minorities are determined with reference to the overall population in a State Government, citing precedents in the TMA Pai case[3] and other matters.

According to Ashwini Upadhyay's counter-affidavit in the Public Interest Litigation, states have the authority to proclaim minorities. The example of Maharashtra's government declaring "Jews" a minority in the state in 2016 is used. In addition, the state of Karnataka has recognized Urdu, Telugu, Malayalam, Tamil, Marathi, and Tulu as linguistic minorities.

As a result, the petitioner's assertion that followers of Judaism, Bahaism, and Hinduism, who are true minorities in Ladakh, Mizoram, Lakshadweep, Meghalaya, Nagaland, Punjab, Arunachal Pradesh, and Punjab, are unable to exercise their rights as minorities under Article 29 and 30 is incorrect.

PARLIAMENT ALSO HAS LEGISLATIVE COMPETENCE TO PASS LEGISLATIONS FOR MINORITY

The Supreme Court's declaration that states should be the unit for determining minorities will not deprive the Centre and Parliament of their authority to enact laws and regulations pertaining to minorities' rights, it is maintained. According to Entry 20 of the Concurrent List of the Seventh Schedule, both Parliament and State Legislatures have concurrent authority to adopt legislation protecting minorities and their interests.

The Centre's affidavit further uses Supreme Court decisions to indicate that Articles 29 and 30 were implemented to alleviate the fears and apprehensions of religious and linguistic minorities in India by providing them with special protections.

"These schemes are merely enablers for achieving inclusion, and hence cannot be regarded to be held to suffer any infirmity "

According to the affidavit, the support provided to disadvantaged/underprivileged children/candidates from minority communities under these initiatives cannot be faulted.

"It is submitted that minority status based on religion does not automatically guarantee eligibility for benefiting from the schemes of the government. The schemes are for the benefit of economically weaker and socially disadvantaged amongst the minorities, the Centre adds Reference is made to the directive principles under Articles 38(2)[4] and 46[5] to highlight the constitutional obligation to protect the interests of weaker sections amongst the minorities.

Therefore, the Centre has refused the argument that the National Commission for Minorities Act 1992 is arbitrary or irrational .
The Centre has also said that the Supreme Court has either disposed or dismissed three earlier writ petitions filed by the same petitioner seeking similar reliefs and has therefore sought for the dismissal of the instant petition as well.
The affidavit, sworn to by Shubendu Shekhar Srivastava, Under Secretary to the Ministry of Minority Affairs, was filed on March 25. Earlier, on January 7, the Supreme Court had imposed costs of Rupees 7500 on the Centre for not filing the affidavit despite several opportunities.
A bench led by Justice Sanjay Kishan Kaul will consider the matter today on March 28.

29. Protection of interests of minorities

(1) Any section of the citizens residing in the territory of India or any part thereof having a distinct language, script or culture of its own shall have the right to conserve the same

(2) No citizen shall be denied admission into any educational institution maintained by the State or receiving aid out of State funds on grounds only of religion, race, caste, language or any of them

30. Right of minorities to establish and administer educational institutions

(1) All minorities, whether based on religion or language, shall have the right to establish and administer educational institutions of their choice

(1A) In making any law providing for the compulsory acquisition of any property of an educational institution established and administered by a minority, referred to in clause

( 1 ), the State shall ensure that the amount fixed by or determined under such law for the acquisition of such property is such as would not restrict or abrogate the right guaranteed under that clause

38. State to secure a social order for the promotion of welfare of the people

(1) The State shall strive to promote the welfare of the people by securing and protecting as effectively as it may a social order in which justice, social, economic and political, shall inform all the institutions of the national life

(2) The State shall, in particular, strive to minimize the inequalities in income, and endeavour to eliminate inequalities in status, facilities and opportunities, not only amongst individuals but also amongst groups of people residing in different areas or engaged in different vocations.

To Determine Its Market Value, The Property's Potential Use In The Near Future Must Be Considered - Indian Stamp Act, Section 47-A: Allahabad High Court