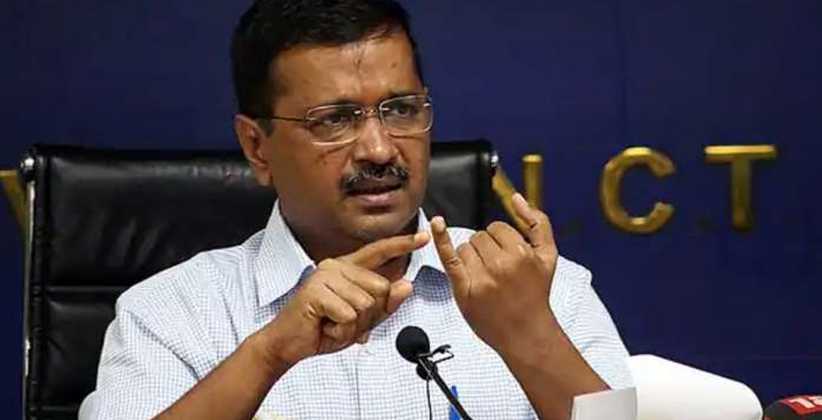 In a significant development as a setback for Chief Minister Arvind Kejriwal, Delhi LG Anil Baijal has on June 08, 2020, overruled Arvind Kejriwal government’s order stating that only Delhi residents will be admitted to state-run hospitals for COVID-19 treatment. LG Anil Baijal directed the health department and authorities of NCT of Delhi to ensure that treatment should be not denied to any patient on grounds of not being a resident of Delhi.

This decision from the LG is likely to bring relief to patients and their families who are from outside Delhi and are seeking treatment during the coronavirus pandemic.

LG Baijal had cited a Delhi High Court ruling and said, "The Delhi High Court in a writ petition ''Social Jurist, a Civil Rights Group v. GNCTD and Another'' after examining constitutional provisions in details, especially Article 14 and 21, after looking at jurisprudence in this regard, has held that denying patients medical treatment on the ground of not being resident of NCT of Delhi is impermissible."

LG Anil Baijal also relied upon the Supreme Court decisions where it has held that the right to health is an integral part of the right to life.

As complaints started escalating on social media of the quality of treatment at Delhi’s hospitals, chief minister Arvind Kejriwal had on June 07, 2020, declared that all government and private hospitals in the city would only treat Delhi residents while the Central government hospitals will remain open to all.

Earlier the chief minister’s office (CMO) had tweeted and called for public suggestion on whether hospitals in Delhi should be reserved exclusively for the residents amid the coronavirus pandemic.

On June 08, 2020, while defending the government’s decision, State’s health minister Satyendar Jain had said, “Delhi and Mumbai are big metros which are facing a heavy brunt of the virus. A lot of foreigners come here, and had flights been closed earlier, the infection would not have spread that much. But given the situation now, when for the past several days, over 1000 cases are being reported every day, the situation is that Delhi people would need more space in hospitals.”

The Congress’ P Chidambaram had asked the Delhi CM if the legal opinion was sought before making such a decision. Citing his own case, as a person living and working in Delhi, he wanted to know from the CM as to who qualifies to be a Delhi resident. Interestingly P. Chidambaram is from Tamil Nadu and Rajya Sabha MP from Maharashtra.

Shortly after Lieutenant-Governor’s decision, chief minister Arvind Kejriwal had tweeted terming the governor’s order as a “huge problem and challenge” for the city-state. The CM, however, said that his government will honor the directive.

Deputy CM Manish Sisodia had later accused the BJP of forcing the decision upon the government through LG Anil Baijal.

Earlier on June 08, 2020, a PIL had been filed by two Delhi University students hailing from UP and Bihar challenging the government order arguing that this decision was likely to affect those who were living in Delhi but hailing from outside having no bona fide proof of residence.

The case cited by LG Anil Baijal i.e. Social Jurist, A Civil Rights Group v. Government of NCT of Delhi and Anr.; W.P.(C) 10585/2018, in that Delhi High Court had declared service of medical facilities based on resident was violative of Article 21 of the Constitution.

In this case, through PIL, the petitioner had challenged an order issued by the Medical Director, Guru Teg Bahadur Hospital, Government of NCT of Delhi, whereby patients who did not hold a valid Voter ID Card of Delhi were being categorized as non-Delhi patients and thereby denied certain facilities for treatment in a Government hospital. The petitioner had challenged the process of classifying patients based on holding a Delhi Voter ID Card or otherwise as discriminatory and violative of the right available to a citizen under Articles 14, 19, 21, and 47 of the Constitution of India.

The Court had heavily relied on Paschim Banga Khet Mazdoor Samity & Ors. v. State of West Bengal & Ors.; [(1996) 4 SCC 37], to hold that denial of emergency medical aid in a Government hospital was classified as violating the mandate of Article 21 of the Constitution. In Paschim Banga Khet Mazdoor, the Supreme Court had laid down the principles that financial resources cannot be a constraint in the matter of providing medical facilities to a citizen. The Supreme Court went on to say that the Constitution envisages the establishment of a welfare state and the primary duty of the welfare state is to secure the welfare of the people. Providing adequate medical facility to the people is not only an essential part but is also an obligation undertaken by the Government in a welfare State and for discharging this obligation running of hospitals and health centers and providing medical care to the people seeking the same is a requirement of Article 21 of the Constitution. The Supreme Court says that it is the constitutional obligation of the State to provide adequate medical service to a person to preserve human life.

While quashing the order of the government, the Court had held that action Government of NCT of Delhi in creating a class within a class i.e. within citizens identically situated was impermissible and thereby further act of conferring benefit of a medical facility to citizens on such classification was impermissible.