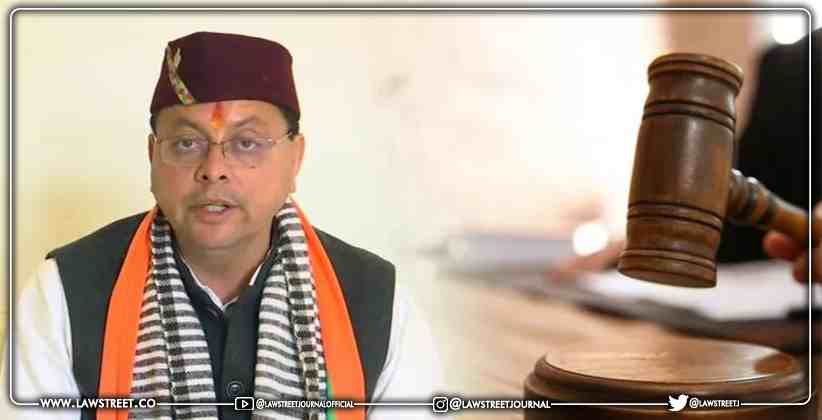 On March 10, 2022, after the BJP sustained its lead in the Uttarakhand Assembly elections, Chief Minister Pushkar Singh Dhami praised the people for giving the party a "two-thirds" majority and promised that the BJP government would keep all of the poll promises made before the elections.

"There was a jinx that the BJP and Congress form governments alternatively. I have always said that all the illusions  are being demolished and new story  is being created after Prime Minister Modi has come to power. I thank the people of Uttarakhand. We will fulfil all the promises that we have done in our manifesto."

Dhami reaffirmed his commitment made before the election to adopt the Uniform Civil Code in the state after the formation of his government, saying the new government would do so after the swearing-in ceremony.

“We have promised Uniform Civil Code before the polls that our new government would implement it. We will form a high-level committee of the stakeholders after the swearing-in ceremony. The committee will prepare a draft which we will implement. Besides this, we will fulfil all other promises,” he said.

The people's support for the BJP, according to the BJP leader, is "evidence that they voted for the party that works."

"When we went to the people, they inquired what our problems were. We used to say that we have completed the work that the Central  and state governments have  done. "Today, the people of Uttarakhand have clarified that the BJP is creating a government with a two-thirds majority, proving that the people have voted for a party that works," he said.

Chief Minister Pushkar Singh Dhami was hailed by the BJP in charge of the Uttarakhand elections and Union Minister Pralhad Joshi for "making history" by returning to power for two terms in a row.

“We are creating history in Uttarakhand that no party has come to power consecutively, but Chief Minister Dhami has done it. I congratulate him on that. We will make this decade the decade of Uttarakhand,” Joshi said.