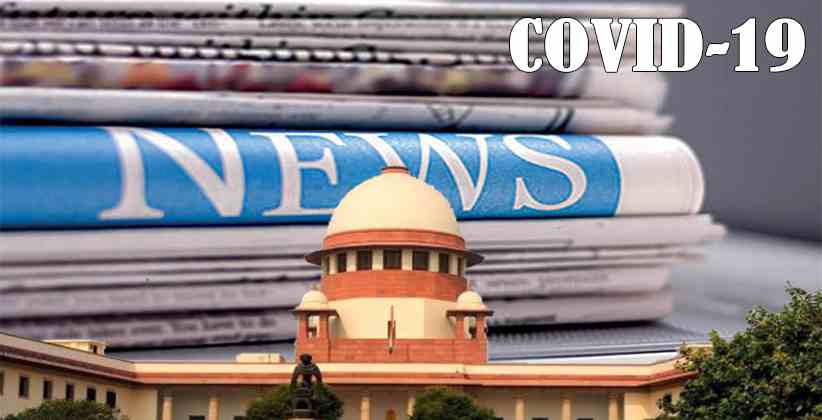 The Centre on March 31, 2020 sought directions of the Hon’ble Supreme Court that no media outlet be allowed to print, publish or telecast anything on COVID-19 without first ascertaining facts from the mechanism provided by the government.

The prayer was made by the Centre when it filed its status report in response to the PILs seeking directions for welfare of migrant workers and measures to control the transmission of the pandemic.

The status report filed by Home Secretary Ajay Bhalla IAS said that "in an unprecedented situation of this nature, any deliberate or unintended fake or inaccurate reporting either in electronic, print, social media or web portals has a serious and inevitable potential of causing panic in large sections of the society".

"Considering the very nature of the infectious disease which the world is struggling to deal with, any panic reaction by any section of the society based upon such reporting would not only be harmful for such situation but would harm the entire nation.

The bench headed by Chief Justice SA Bobde passed an order observing that panic created by fake news triggered the mass migration of labourers, and called for responsible media coverage.

"We do not intend to interfere with the free discussion about the pandemic, but direct the media refer to and publish the official version about the developments", SC said.

[COVID-19]: No Switching Off of Streetlights and Appliances: Government Order [Read Order]

[Exclusive]: Bar Council of India President In Conversation With LawStreet Journal Over Economic Impact On Lawyers Amid Lockdown