[COVID-19] Non-Payment Of Electricity Bill Will Not Result In Any Power Connection Cut Till 14th April: Tamil Nadu Government 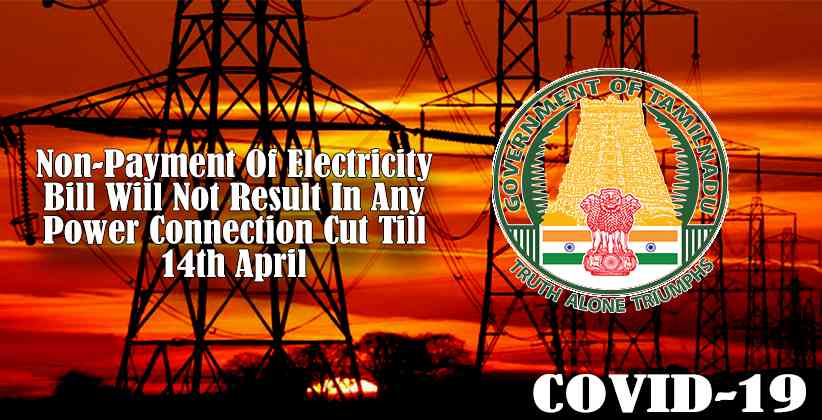 Executive Mar 31, 2020 Dyuti Pandya ( ) 7 Shares
7 Shares
On March 30, 2020 the Tamil Nadu government stated that no power connection will be disconnected for non-payment of electricity bills in Tamil Nadu till the lockdown period ends.

This has been said by the State Electricity Minister P Thangamani. The minister has further stated that Tamil Nadu Generation and Distribution Corporation (TANGEDCO) has been instructed to not disconnect any power supply till 14th April, 2020.  He thanked the workers of electricity board who have been working to ensure uninterrupted power supply across the state. Around 80% of the staff are showing up amid the lockdown. He also stated that faults and repairs are immediately being attended to, to ensure uninterrupted power supply.

The state power demand has dropped by around 4500 MW and domestic power requirements have increased since people have been staying indoors due to the ongoing pandemic. TANGEDCO has incurred loses of over Rs. 300 crores in the last few days due to the demand of electricity across the state.  The number of cases in Tamil Nadu have reached 50 and the government has sent 1763 samples for testing out of which 1682 returned negative.  Author - Dyuti Pandya 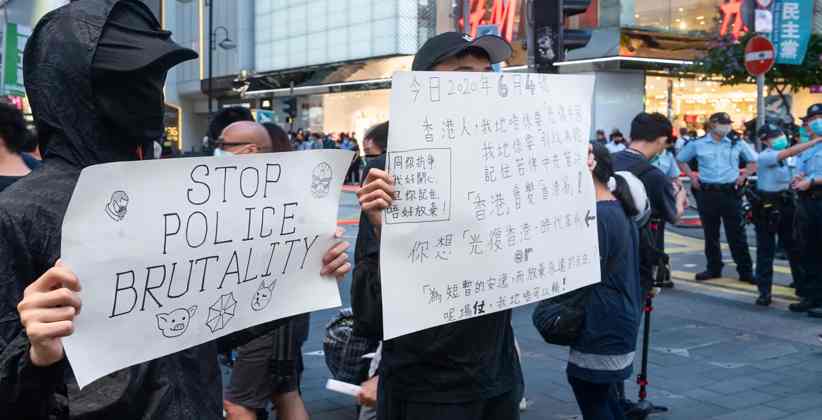 International Jun 09, 2020 Ishita Joshi ( Editor: Ekta Joshi ) 5 Shares
5 Shares
On Thursday, 5th June 2020, Legislators, representing parties across the political spectrum, have established a global coalition, the Inter-Parliamentary Alliance for China, to pressure their governments to take a tougher position on its relations with the world. The European Union Parliament and the new formed group of lawmakers from eight countries stated, “International cooperation is needed to protect democratic values from an increasingly assertive communist China” In Britain, the...
Read full post 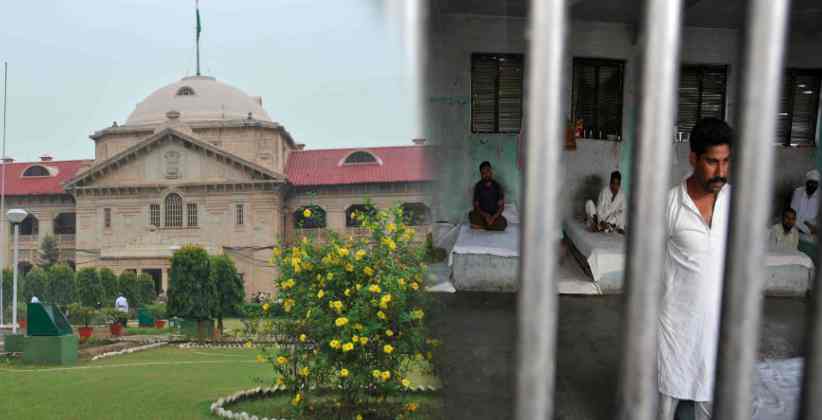 Judiciary Jun 03, 2020 Priyam Jain ( Editor: Ekta Joshi ) 26 Shares
26 Shares
A notice was issued on Friday by the Lucknow Bench of the Allahabad High Court on a petition seeking directions to the Uttar Pradesh Government to make arrangements for the meeting of inmates with their deponents, family members, friends, and lawyers while ensuring the guidelines of social distancing and sanitization. The Bench comprising of Justices Manish Mathur and Anil Kumar has issued a notice to the government asking them to file a counter affidavit within ten days. The said PIL was...
Read full post