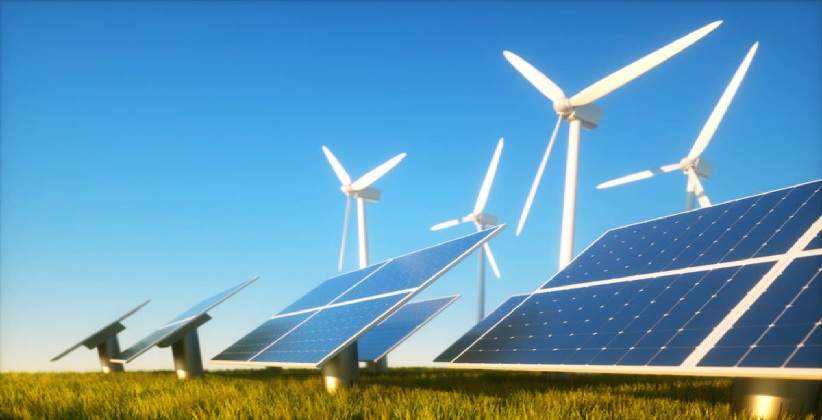 In a bid to promote Aatmanirbhar Bharat scheme of the government and reduce import dependence on China, the Central government is considering imposing a Basic Customs Duty (BCD) of around 20 percent on solar energy equipment. The move will encourage domestic production and help in curbing imports, especially from China.

R K Singh, the Union Minister of State for Power, New and Renewable Energy, announced that a basic customs duty (BCD) would be imposed on imports of solar cells and modules. The minister said that the duty would take effect in August 2020. The minister also informed that a restructuring would take place regarding financing by PFC, REC, and IREDA. This would help in charging lower rates of interest to the developers who will use domestically manufactured equipment. He also asked the industry not to import any equipment/goods which can be manufactured domestically.

On the other hand, solar energy developers are of the view that BCD should not be imposed on solar equipment, as it could be inimical to the sector. Director-General of Solar Power Developers Association (SPDA), Mr. Shekar Dutt, said, “Proposal to impose BCD of 20 percent on cells and modules is counterproductive to the growth of overall solar power sector in the country.” He pointed out that SDG barely resulted in an increase of domestic manufacturing of cells/ modules.

He suggested that the necessity right now is to develop a comprehensive strategy to build an ecosystem that can promote the production of the entire value chain of solar modules which starts with the production of metallurgical grade silica from quartz, ingots, wafers, cells, and modules. Any tariff/ non-tariff barriers at this time are not conducive to meet the target which India has committed as a nation to the world and will make electricity costs for the customers, he added.

CEO of Amp Energy India, Mr. Pinaki Bhattacharyya, said, “The government should focus on reducing the cost of domestic manufacturing of modules and cells with cost subsidies, interest subversion and lower power cost. This also ensures competitiveness in the global market. Trade barriers like SGD did not do much and so customs duty just increases the cost of solar power for consumers, which is not the best move.”

Earlier, FM Nirmala Sitharaman had approved mechanisms in the union budget to raise tariffs on imports of green energy equipment. The current move comes in the backdrop of India-China face-off in Galwan Valley. The global solar market is dominated by Chinese companies due to their cheap prices. India has a domestic manufacturing capacity of 3 GW for solar cells. China is India’s second-largest trading partner after the US, however, the widening trade deficit between the countries remains a cause of concern for India.