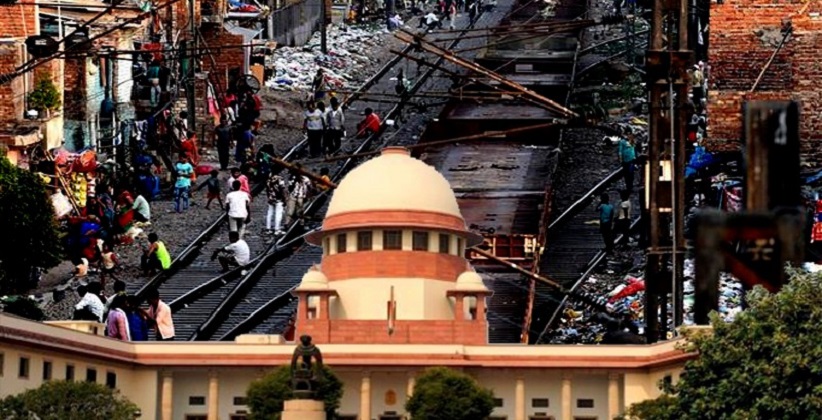 Senior Congress Leader and former minister Ajay Maken along Kailas Pandit filed a plea against the order passed by the Apex Court directing the slums to be demolished within three months of time around the 140-Kilometer length of railways tracks in New Delhi. While passing this order, a bench of Retired Justice Arun Mishra, B R Gavai, and Krishna Murari directed that no court can grant a stay on the removal of slums. The petitioner also had earlier filed a PIL in Delhi High Court seeking rehabilitation of the slum dwellers who are going to be affected with the demolishing procedure.

The Ministry of Railways mentioned on the affidavit filed before the court that there are Jhuggis along with a 140km length Railway route in the region of NCT in Delhi out of which 70km length railways tracks are affected by large jhuggi jhopri clusters close vicinity to the tracks.

Following the facts mentioned by the Railways in the filed affidavit, the court stated straight head that the encroachments near the Railway tracks should be removed within three months of time and no interference be it political or any other, shall be allowed and no Court shall put a stay order on the removal of the encroachments.

The Centre on Monday assured the Supreme Court that no slums will be removed immediately near the railway track in Delhi, on the basis of an order of an Apex court which was passed on August 31.

The bench headed by the Chief Justice of India, in which the Solicitor General told that no Jhuggis will be removed till the railways is in consultation with the Ministry of Housing and Urban affairs and comes up with a solution within 4 weeks.