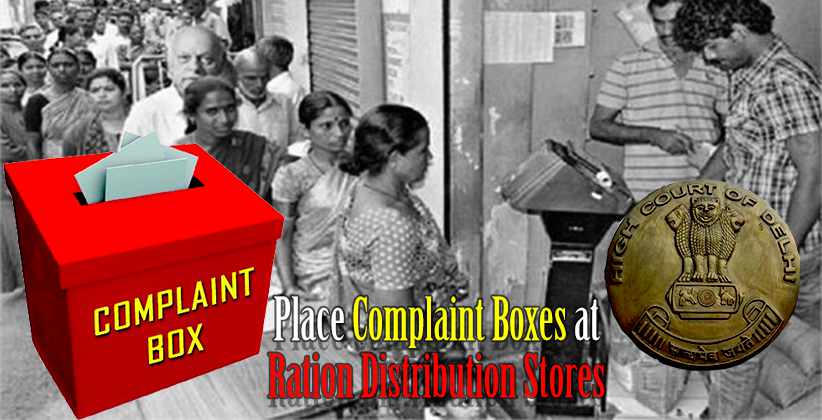 The Bench comprising of Justice Siddharth Mridul and Justice Talwant Singh also asked the Government to submit a compliance report on the steps taken by it the ensure that ration is being adequately provided to the needy in the country.

The court’s order came after a PIL was filed by an NGO named Rozi-Rozi Adhiyan Abhiyan, which contented that many people in the state were still deprived of free ration. The plea pointed out that the system of E-coupons (for obtaining ration) required the use of a smartphone and internet to generate OTP, upload photos of the family and a copy of the Aadhaar card to download the e-coupon, and that not everyone below the poverty line had access to such facilities.

Senior Advocate Sanjay Parikh, who represented the petitioners, further highlighted that many ration shops were closed during working hours, causing hurdles to those in need of food supplies. He remarked that around 38% of the shops, which volunteers of the NGO visited between April 29 and 30, were found to be closed.

Such acts amount to a violation in the implementation of National Food Security Act (NFSA), 2013 and the closure of ration shops before the working hours and the denial of access to food grains for the needy is unsolicited and horrific, especially in the times of the lockdown.

The plea sought for directions to be given to the State Government to set up facilitation desks at all schools and ration shops to give coupons to people who need food supplies but do not have ration cards and are unable to apply for e-coupons.

On hearing the matter, the Delhi High Court stated that the Delhi Government must install complaint boxes at the PDS shops so that people do not face any problem in the supply and availability of ration.

Additional standing counsel, Anuj Aggarwal, who was representing the State Government requested for some time to file a detailed compliance affidavit. Granting it, the court posted the matter to May 11 for further hearing.

Vista becomes the biggest shareholder in Jio Platforms after RIL and Facebook.