Domestic Flights and Railways Set to Resume Amid Lockdown 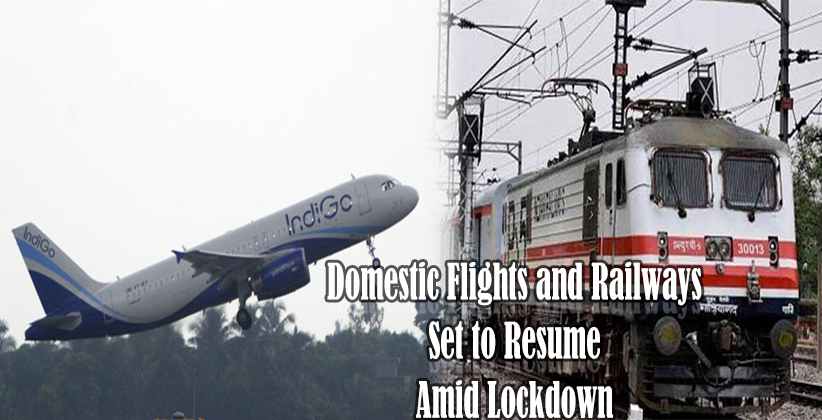 As the lockdown is being relaxed gradually, the government has decided to restart domestic flights across all major cities. New standard operating protocols (SOP) have been put in place on 20th May 2020.

The Indian railways too have started select passenger train operations from 12th May 2020. Railways have further decided to expand their train services from 15 passenger trains to more than 200 non- AC passenger trains from 1st June 2020. Bookings for these trains can be done online only as of now.

The railways and airports have made downloading the Aarogya Setu mobile application mandatory to ensure that the passenger is free of Covid-19 symptoms. Passengers with ‘red status’ on the app will not be allowed to travel. Although, children below the age of 14 years need not download the app.

While entering the airport terminal passengers have to undergo thermal screening. The passengers need to have e-tickets in two since no physical check-in will be allowed at the airport.

Vulnerable people such as the elderly, pregnant women, or those with health issues are advised to avoid travel. The passengers will always have to wear a mask and will be allowed only one check-in bag. There will be no meal service on board.

The middle seat of the planes will not be kept vacant. It was suggested initially but was objected by the airlines. They will have to rigorously disinfect the aircraft after every flight to eliminate any risk of contagion.

In an SOP released by the government, the civil aviation ministry said it will prescribe upper and lower limits on airfare and the airlines will have to adhere to it during the pandemic period.