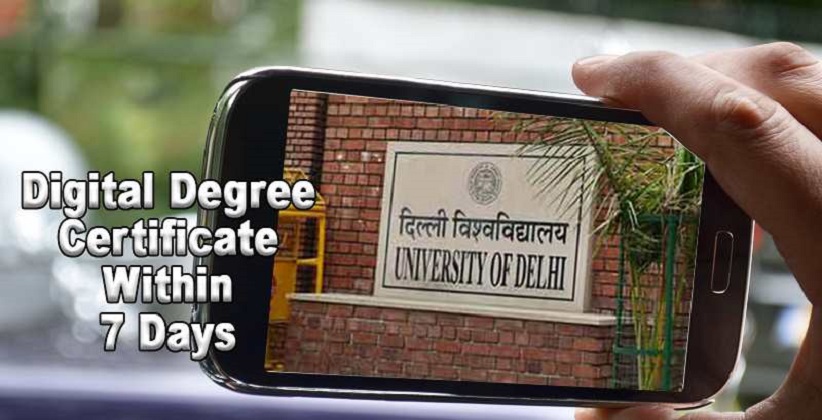 Seeing the situation of the coronavirus, the High Court of Delhi had earlier passed an order on 7th August stating the Director of Delhi university Computer Centre Dr. Sanjeev Singh, to issue a digital degree certificate.

On 2nd September, a final year law student Shubham Kumar Jain informed the High court that he had graduated from Shri Ram College of Commerce in 2017. He applied for the online digital certificate on 14th August and to date, it is not issued. He submitted that the University wanted the students to file hard copies of the applications submitted online.

The court after hearing to all the submissions emerged the fact that “more than 30,000 students have applied to obtain online degree certificate and none of them have been issued the certificates.”

The court said that “This is a completely messed up situation. There is no data of 2018 and 2019.” The DU official told the court that the data of students of 2018 and 2019 will be given by the principals of all the colleges within 4-10 days as he had a meeting with them.

A single-judge bench of Justice Pratibha M. Singh said that “Getting a degree is an event for a student but it has really become torture.”

The Delhi High Court directed the University to issue digital degree certificates for students within a maximum period of one week after completing the verification.

Justice Singh remarked that “No effective action is taken by the DU. In fact, the purpose of creating the set up for issuance of online degree certificates is sought to be defeated by insisting on the physical submission of documents. It is accordingly directed that DU shall henceforth not insist on physical submission of documents for the purpose of issuance of digital degree certificates.”

The bench said that “All the students who have an urgent requirement for digital degree certificates shall again forward the request they have already uploaded on the portal by marking the same under the subject header as ‘Priority/Urgent’ to the email address being digitaldegree@du.ac.in.”

“Along with the said email, any document to establish the urgency may also be attached, such as a letter from employer, letter from any Indian or foreign University, or any document showing a deadline. For such students, the degree certificates shall be issued, within 7 working days,” the bench added.

The court has also directed the university to file an affidavit with a proper timeline as to by when the digital degree certificates shall be issued for both urgent and non-urgent requests, separately.

The next hearing for the case was listed on 11th September. All three officials and professor Vinay Gupta were directed to be present.