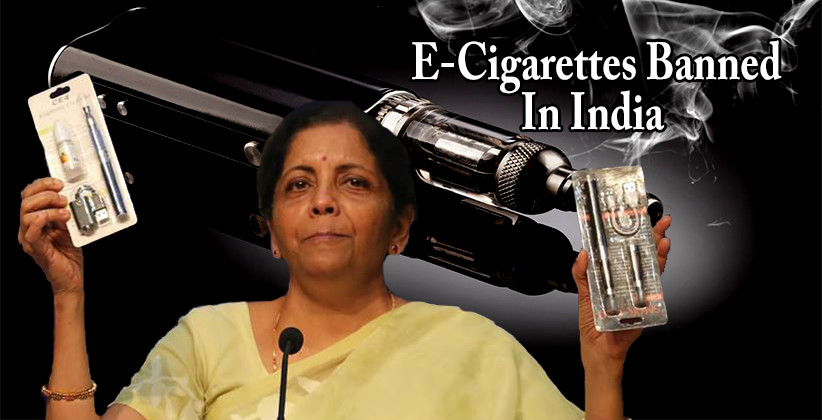 Finance Minister Nirmala Sitharaman today (September 18, 2019) announced that the Union Cabinet has given the approval to ban e-cigarettes in India due to health hazard.

As an effect, the production, manufacturing, import/export, transport, sale, distribution, storage and advertising related to e-cigarettes will be banned in the country.

"E-cigarettes were promoted as a way to get people out of their smoking habits but reports have shown that many people are not using it as weaning mechanism but are addicted to it," said Sitharaman while announcing the government decision during a press conference following a Cabinet meeting.

The minister added, "Reports say that there are some who are probably getting into the habit of e-cigarettes as it seems cool. It is believed that there are more than 400 brands, none of which is manufactured in India. And they come in over 150 flavours."

Sitharaman, who had headed a Group of Ministers (GoM) on the issue, said the Cabinet decided to ban e-cigarettes and similar products as they pose health risk to people, especially the youth.

E-hookahs will also be banned, Union Environment Minister Prakash Javadekar said, adding that there is no health benefit from e-cigarettes.

As per reports, the ban on e-cigarettes is expected to have a budgetary impact of Rs 2,028 crore.