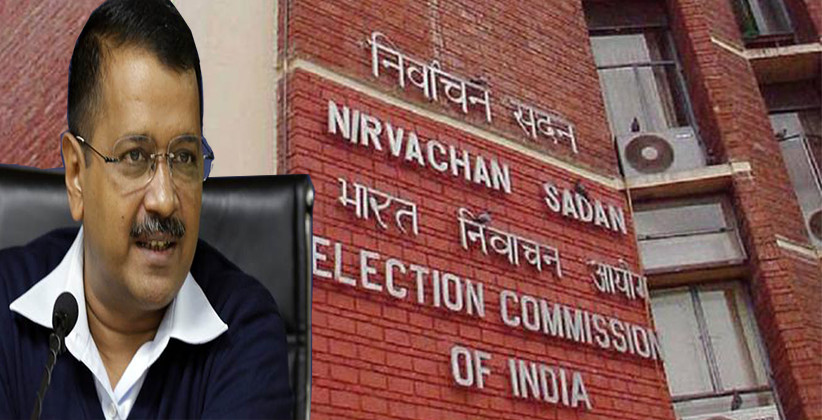 In response to the complaint filed by BJP, the poll panel issued a notice to which the AAP chief has been directed to submit a reply by January 31.

Some of the rules under the Model code of conduct include the government being forbidden from laying down any new ground for projects or public initiatives once the Model Code of Conduct comes into force and the government or ruling party leaders being proscribed from launching new welfare programs like construction of roads, provision of drinking water facilities etc. or any ribbon-cutting ceremonies.

Earlier in the day, union minister Anurag Thakur had been barred by the Election Commission from campaigning in the Delhi assembly polls for three days over him egging the crowd to raise an incendiary slogan "shoot the traitors" as he spoke against anti-CAA protestors.

In his reply to the show-cause notice, Thakur told the EC that he had no intention to create or promote enmity between people and that he only said "desh ke gaddaron ko" (traitors of the country) and it was the crowd that responded.

BJP MP Parvesh Verma has been barred from campaigning for four days for his remark on anti-CAA protestors as he said what happened in Kashmir with Kashmiri Pandits could happen in Delhi, warning that lakhs of anti-CAA protesters in Shaheen Bagh could enter homes to rape and kill women.

According to the Election Commission, the decision was taken as the respective replies filed by Thakur and Verma were not satisfactory.