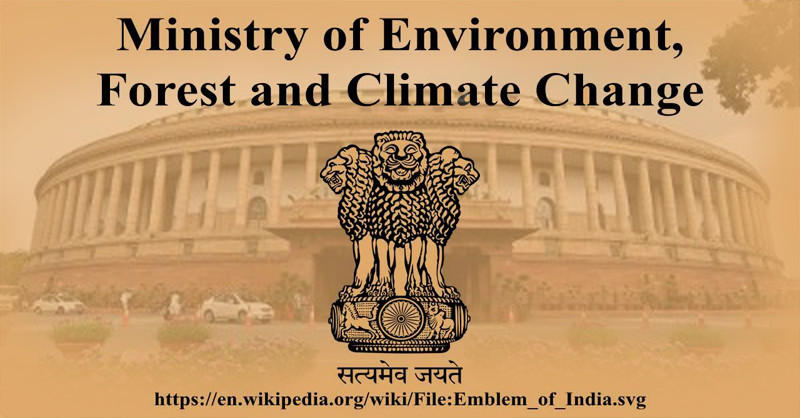 The draft Environment Impact Assessment (EIA) notification 2020 does not give any exemptions from public consultations to large industries, but promotes environmental cause and sustainable development, the Ministry of Environment informed the Lok Sabha on Friday (September 18, 2020)

Responding to separate queries expressing concern on the draft EIA, which has been in controversy since it was published in March this year, Minister of State for Environment Babul Supriyo said the draft does not weaken the process of environmental clearances.

In a separate reply, Supriyo also rebutted the objections raised by the United Nations' Special Rapporteur, an independent expert appointed by the Human Rights Council to examine and report back on a country situation or a specific human rights theme, against the draft EIA.

“Yes Sir. The Ministry is aware that Special Rapporteurs to the United Nations had expressed their views on the draft EIA Notification 2020,” Supriyo said in his written response.

“However, as against the views expressed by the Special Rapporteurs, the draft EIA Notification, 2020, inter alia, does not give any exemptions from public consultation for large industries and projects, no change in the provisions with respect of public consultation in respect of projects or activities involving other strategic considerations and there is no provision for ex-post-facto clearance of violation cases,” he said.

“As envisaged in these conventions, the draft EIA Notification 2020, inter alia, promotes the environmental cause and sustainable development; removes redundancies; encourages modernization and less polluting options; brings defaulters into the environmental regime with requisite action, penalty, and remediation; and introduces standardization and a technology-driven process,” he said.

“No changes have been proposed in respect of irrigation projects in the Draft Environment Impact Assessment Notification 2020 when compared to the EIA Notification, 2006,” the minister said. “The Draft EIA Notification, 2020 consolidates the developments that have taken place in the areas of technology, institutional reforms, and regulation. It also incorporates the directions of the Court/Tribunal on various issues,” he said.

The draft was published in the Official Gazette on April 11, 2020, for seeking comments of the public, the ministry said. The draft notification was available for public comments up to August 11.

“Several comments/suggestions have been received from various stakeholders across the country including from state government and Union Territory administrations.

An Expert Committee under the chairmanship of SR Wate, former Director, National Environmental Engineering Research Institute (NEERI) has been constituted for review/deliberation on the comments and suggestions received on the draft,” the minister said.

On a question by Tamil Nadu's Thoothukkudi MP Kanimozhi Karunanidhi, Supriyo clarified that the draft EIA Notification 2020 does not curb the right of any concern or affected person to report cases of violation.

Clauses 22 (1) and 23 (1) of the Draft EIA Notification, 2020 mention that the cognizance of violation or non-compliance shall be made on the basis of suo moto application of project proponent, a report by any government authority, violation/non-compliance found during the appraisal by appraisal committee or while during the processing of applications by any Regulatory Authority.

“The public, NGOs, and other affected persons can approach any of the government authorities, who after preliminary verifications, can refer the matter to the ministry or respective states for taking further action in the matter,” he said.

“The draft EIA notification 2020 is not against the citizen's right to a healthy environment. Rather, the draft, inter alia, promotes the environmental cause; removes redundancies; encourages modernization and ease of doing business; brings defaulters into the environmental regime with requisite action, penalty, and remediation; and introduces standardization and a technology-driven process,” he said.