Home Executive Plea for Extra Chance in UPSC MAINS; ‘DoPT Will Have To Decide.’ Centre to Supreme Court.
Executive

Plea for Extra Chance in UPSC MAINS; ‘DoPT Will Have To Decide.’ Centre to Supreme Court. 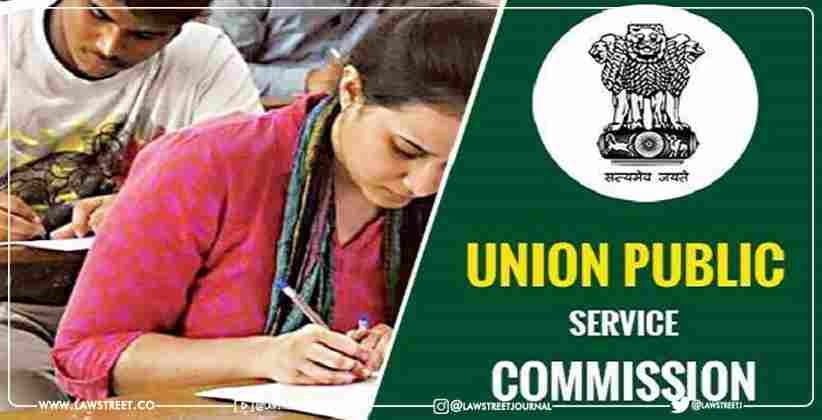 A petition by three civil service aspirants was adjourned by the Supreme Court. The petition was related to the aspirants who has missed out the papers in the Civil Services Mains Examination due the COVID pandemic and were seeking relief for 25th March’2022.

The matter was listed before the bench of Justice AM Khanwilkar and Justice AS Oka.

Upon being called for a hearing in the Supreme Court on 21st March, Advocate Naresh Kaushik who represented UPSC submitted that an affidavit will be filed by the UPSC.

The Senior Advocate Gopal Sankaranarayanan who represented the petitioners that no reply was filed by UPSC in the due time period.

The Additional Solicitor General Aishwarya Bhati, who was representing the Union informed the Bench that the results were already announced and submitted and there was no serious urgency as such. The Senior Advocate Gopal Sankaranarayanan, raised strong objections for publishing the results. He submitted that UPSC had earlier sought time in order to file its response but in between published the result.

The Bench on the submission made by ASG Bhati said that it would not  be possible to file an affidavit till Friday. The Court commented: “UPSC will only have to make a statement as to whether one opportunity can be granted or not. Last time they said it is a complex issue."

ASG said, “Extra attempt call will have to be taken by DoPT”, while responding to the remarks made by the Bench. While adjourning the matter for Friday the bench said, “You try till Friday if it is possible, otherwise we'll see what it is to be done."

After the ASG submitted that the Court had earlier turned down the plea for extra attempt in UPSC exams, the petitioners’ counsel said that for first time the matter of extra attempt in the Mains exam has come before the Court.

The petition which was filed through the Advocate on Record Shashank Singh stated that petitioners 1 & 2 had to leave the examination midway, they had appeared for first two papers and the Petitioner 3 couldn’t give any of the Mains papers of as he was infected with COVID-19.

The Petitioners contented that the absence of any sort of policy of UPSC which could cater the arrangements for the aspirants who are affected by COVID during the time of mains exams or before the same was the violation of Article 14 and Article 16 of the Indian Constitution.

Therefore, the petitioners sought relief to be able to appear for the rest of the papers which they were unable to give before the publication of Civil Services Mains Examination 2021 result.

It is relevant to mention that the Supreme Court in July 2021 had declined to pass any directions to the Central Government as well as the UPSC in order to grant one time age relaxation to those candidates who were unable to appear in the examination which was held in 2020 due to the COVID pandemic and the difficulties and restrictions related to it.

Case title : Arjit Shukla & Others Vs Union of India.