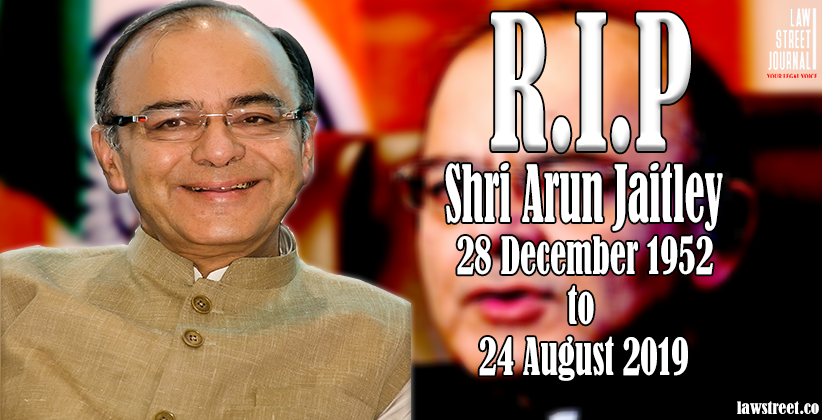 Former Union Minister and senior BJP leader Arun Jaitley was cremated on August 25, 2019, at the Nigambodh Ghat in Delhi with full state honours in the presence of political leaders across party lines and supporters.

The BJP leader’s last rites were performed by his son Rohan Jaitley.

Vice-President M. Venkaiah Naidu, Defence Minister Rajnath Singh, Union Home Minister Amit Shah and BJP working president J.P. Nadda were among Jaitley’s former colleagues in attendance. Prime Minister Narendra Modi, who is in France for the G7 summit, was in Bahrain on August 24, 2019, when he said it was “upsetting and unbelievable” that someone he had known since their youth was no more.

On August 25, 2019, Jaitley’s body was taken from his South Delhi residence to the party headquarters on Deen Dayal Upadhaya Marg, where thousands, including top party leaders and Union Ministers, paid tribute to him. From the BJP office, the mortal remains draped in the Tricolour were carried in a procession to the cremation ground in a vehicle decorated with flowers in the afternoon.

The former Finance Minister had been admitted to AIIMS on August 9, 2019, when he complained of uneasiness and breathlessness. He had been diagnosed with a form of cancer, soft tissue sarcoma, in January this year. Last year, he had undergone a kidney transplant and in 2014, he had a bariatric surgery. He is survived by his wife and two children.