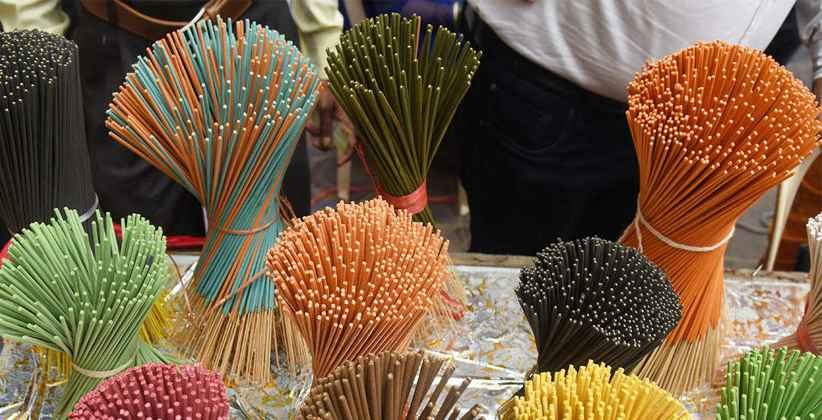 A high-level meeting this week in New Delhi will chart a revival path for the indigenous industry. A proposal to hike import duties on round bamboo sticks or raw agarbatti sticks tops the agenda.

With immediate effect, the customs duties on imports of bamboo by agarbatti producers have been raised to 25 percent from the current 10 percent. The move is to promote domestic bamboo use as part of the Atma Nirbhar Bharat program. The 25 percent customs duty rate will now apply universally to every bamboo import, including by traders, said in a tweet the Central Board of Indirect Taxes and Customs.

“Customs duty on bamboo imports by agarbatti manufacturers hiked from 10% to 25% with immediate effect to encourage the use of domestic bamboo for Atma Nirbhar Bharat. The 25% customs duty rate shall now uniformly apply to any import of bamboo, including by traders #AatmaNirbharDesh” They further tweeted.

Micro, small and medium enterprises in the trade are grappling with the price of raw agarbattis plunging from Rs 70 per kg to Rs 48 per kg. “Over 25% of our units have closed down. While Khadi and Village Industries Commission established over 2,800 projects in 2016-17, in 2018-19 only 397 could be set up. This has obviously resulted in decreased employment opportunities at grassroots level,” KVIC Chairman VK Saxena told Sources, adding: “We have taken it up with the government.”

The government is weighing a two-pronged approach to fighting the crisis. The key to a course correction is revising the import duty. The other proposal on which work has begun is to increase India’s bamboo production. KVIC plans a mega-plantation drive for high-quality bamboo (bambusa tulda) to achieve self-sufficiency in raw material by 2022. It has begun with the planting of saplings in Kannauj, Varanasi, and Delhi. It will next set up agarbatti making units near these plantations to cut down on logistics cost

Covid-19 has put a hold on transportation and sale of numerous goods and services and further affects various policies of the government.

However, it has triggered several small scale industries to help fight back with self-made PPEs and Masks.

A Mohali-based cosmetics company is making sanitizers, a handicraft manufacturer in Nagaland is selling masks, Gurgaon-based apparel exporters are assembling PPE suits and a Vapi-based paper company is constructing cardboard beds for quarantine centers — several small and big businessmen have temporarily left their earlier field of work and switched to more relevant and in-demand products to survive and thrive in these Covid-19 times. Some of them even plan to export their new products. And that’s just the tip of the iceberg.