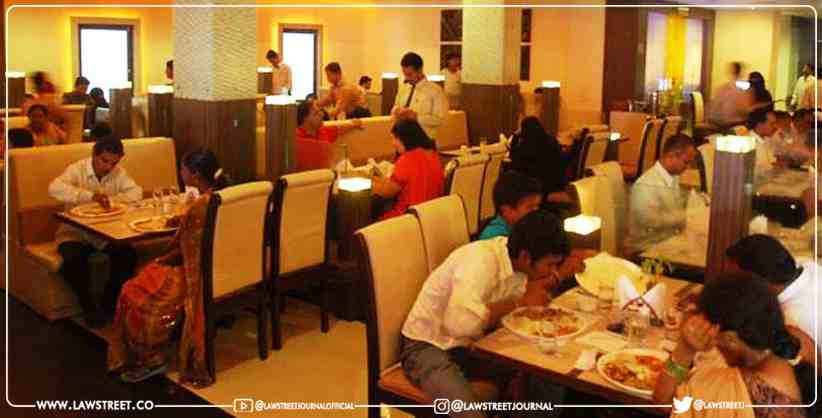 On July 4, the Central Consumer Protection Authority (CCPA) banned hotels and restaurants from automatically adding a service charge to food bills or doing so without the customer's permission and allowed customers to report breaches. In response to a surge in complaints, the CCPA published guidelines for addressing unfair business practices and consumer rights abuses.

"No hotels or restaurants shall include service charge automatically or by default in the bill," it continued, in accordance with the rules. "Service charges shall not be collected under any other names." The rules additionally specified that no hotel or restaurant has the authority to charge a customer a service fee. Additionally, the client must be fully informed that the service cost is optional, voluntary, and at the client's decision.

Furthermore, the service charge cannot be collected by adding GST to the total and include it in the food bill. If a customer notices that a hotel or restaurant is charging one in violation of the guidelines, they can request that the offending institution subtract the service charge from the total payment.

The majority of the CCPA suggestions are already being implemented by hotels and restaurants, according to Gurbaxish Singh Kohli, Vice President of the Federation of Hotel & Restaurant Associations of India (FHRAI), who also expressed sorrow that the hospitality sector is frequently singled out.

The Central Consumer Protection Authority is a regulatory body established under Section 10(1) of the Consumer Protection Act, 2019 in relation to matters affecting consumer rights caused by individuals or entities engaging in unethical business practises or by the publication of unsuitable or incorrect advertisements that affect the public interest. It also contributes to the promotion of consumer trust by upholding consumer rights through efficient regulations.

"Hotels and restaurants already adhere to the majority of these CCPA regulations. The fact that the hospitality sector is continually singled out is very depressing. We have often clarified that charging a service fee is not against the law. It is a fee that is collected for the benefit of the staff, which includes all waitstaff and kitchen workers who have directly or indirectly served a customer. Furthermore, no hospitality facility forces a customer to pay if they don't want to for whatever reason. But for no good reason, the customer sees the industry as the narcissist”, stated Kohli.

Kohli urged the government to enact legislation that covers all enterprises equally. Ironically, there are several online platforms, including the government-run IRCTC, that levies convenience fees. These don't even provide the consumer a chance to opt out of the charge or an explanation of what the charge is for. We ask the government to pass legislation that applies equally to all businesses and ensures that the hospitality sector is not singled out for discrimination. Since our industry generates jobs, any decision or order against the service charge will ultimately hurt the workers because they will be the ones who suffer, said Kohli.

Despite the current regulations stating that any service charge is optional and at the discretion of the consumer, there are cases where some restaurants automatically collect the service charge from patrons. In May of this year, it was revealed that a consumer forum in Hyderabad had penalised a posh restaurant for charging a customer a 5% service fee and had told the hotel to keep the fee optional. The court referred to the Centre's April 2017 recommendations on the collection of service fees by hotels and restaurants. According to the rules, "charging a customer additional service charges above the price of the items without the client's express agreement amounts to unfair commercial practise," it was stated.

The Consumer Affairs Secretary Rohit Kumar Singh met with representatives of restaurant associations and consumers one month prior to the CCPA's ruling. Singh promised that the government would create a legal framework to prohibit restaurants from charging patrons a service fee because the practise is "unfair". Singh stated that despite the groups' claims that the method is legal, the Department of Consumer Affairs believed it to be "unfair trade practise" that violated consumers' rights.

Recently, Food and Consumer Affairs Minister Piyush Goyal stated that although patrons are free to leave "tips" separately, eateries are not allowed to add a "service charge" to food bills.

FSSAI Comes Out With New Regulations For Vegan Foods