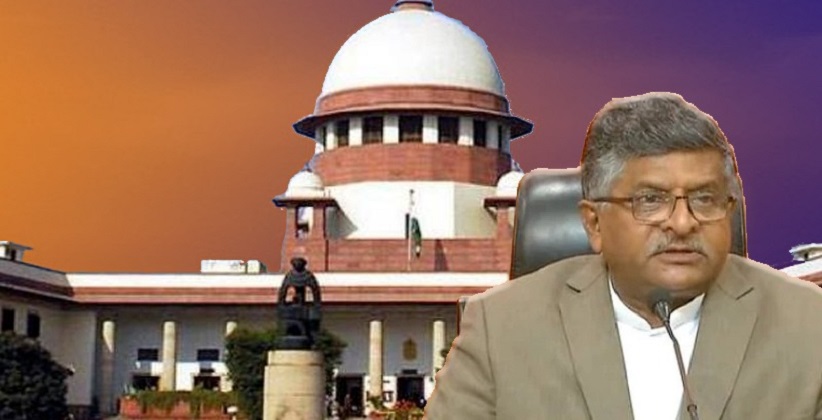 The Law Minister Mr. Ravi Shankar Prasad addressed the Lok Sabha regarding this issue on 16th September, Wednesday that “Representations have been received from time to time from various quarters for the establishment of Benches of Supreme Court in different parts of the country. Even the Law Commission in its 229th Report recommended that a Constitutional Bench be set up at Delhi and four Cassation Benches be set up in the northern region of Delhi, Southern region at Chennai/Hyderabad, Eastern region at Kolkata, and the Western region at Mumbai. But the idea of a separate bench of Supreme Court outside Delhi has not found favor from the Supreme Court itself.”

The minister was actually responding to the question raised by DMK MPs AKP Chinraj and S Jagathrakshakan with reference to setting up an additional bench of the Supreme Court in Chennai for the suitability of people of Southern states. This is not the first time that the Central government has declined requests for establishing any further SC benches. During the Budget Session of 2020, the Ministry had assured the Parliament, “The idea of a separate Bench of Supreme Court outside Delhi has not found favor with the Supreme Court of India. Many Attorney Generals of India from time to time have been consulted and they had also opposed the idea of establishment of Regional Benches of Supreme Court.”

Article 130 of the Constitution has aptly stipulated that the Supreme Court shall sit in Delhi or in such place or places as the Chief Justice of India may appoint, with the approval of the President.

There were certain other sets of questions asked by BJP MPs, the Ministry disclosed that currently there are two women Judges in the Supreme Court and 78 women Judges in various High Courts, and the Ministry has no data with respect to female Judges appointed in several Tribunals or in the Subordinate Judiciary.