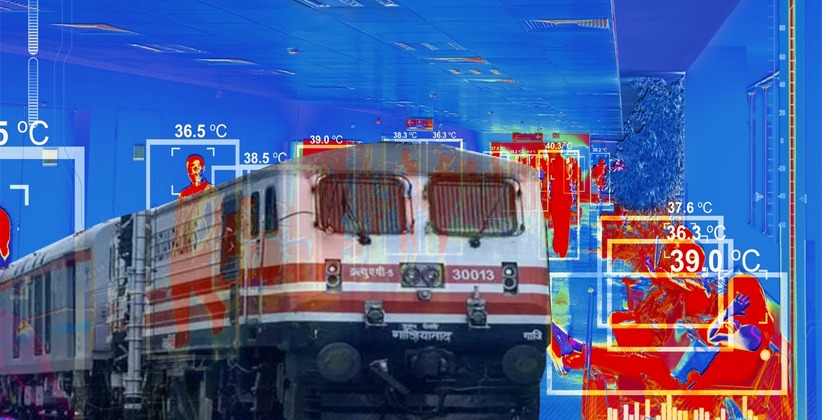 On Tuesday, 14th July 2020, Railways floated a fresh tender for thermal coronavirus surveillance cameras, dropping a clause that led to Indian firms saying it favored a Chinese firm while making it imperative for vendors to list each item's country of origin.

RailTel, a Railway PSU, last month floated the tender for AI-based surveillance cameras that measure individual body temperatures and even detect whether or not a person is wearing a mask.

Upon receiving feedback from vendors that requirements specified for the procurement of the equipment may have favored a Chinese firm, this tender was scrapped two weeks ago.

Indian vendors raised concerns in letters to RailTel that the requirements specified in the tender favored the Chinese company Hikvision, one of the largest video surveillance companies in the world which currently dominates the CCTV market in India.

They said Hikvision 's proprietary feature is the technology — DeepInMind — which is part of the camera's specification and listed in the tender document.

The new tender removed this technology as a requirement but retained another critical black body temperature feature — the capacity of the cameras to reliably calculate a person's emitted temperatures to tell whether or not a person has a fever.

Moreover, the Government of India's Present, as well as Future Guideline regarding foreign country material, will be applicable," the new tender documents said.

The PSU also listed camera features to include software with simultaneous temperature screening for multiple people with alarm(indoor), contact-free mask detection, alarms on people without masks, identity verification, and stranger alarm, which confirms identity, even with a mask.

Over the past few weeks, the Railways had to deal with issues related to the involvement of Chinese firms in national transporter-floated tenders that followed a violent face-off between India and China last month in the Galwan Valley in eastern Ladakh.

Amid a standoff with the neighboring country, a Chinese company canceled a Rs 471-crore signaling and telecommunication contract for a 417-kilometer stretch on the Kanpur-Deen Dayal Upadhyay (DDU) line.

A Chinese Joint Venture has also emerged as one of the bidders for a floated tender for 44 train 18 sets to be produced.

SBI To Establish Work-From-Anywhere Policy, Aims to Save Rs 1,000 Crores in Costs