Home Executive Kerala Government Decides to Amend the Kerala Police Act, 2011 to include intermediation, defamation, or insulting of any person through social media as a punishable offence
Executive 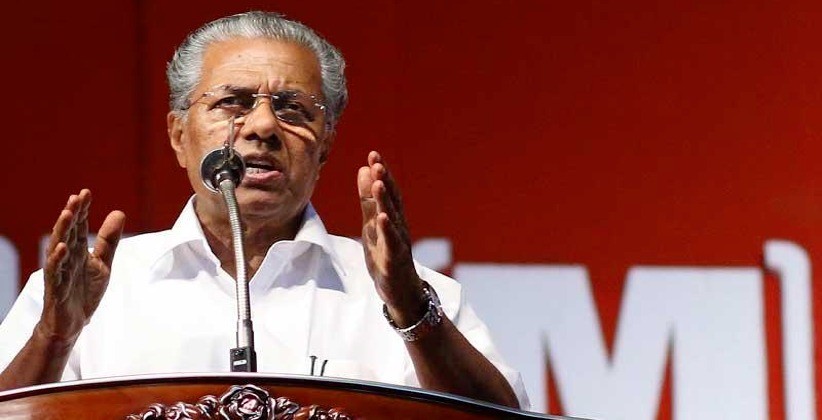 Recently, the Kerala Government has decided to amend the Kerala Police Act, 2011 to include intermediation, defamation, or insulting of any person through social media as a punishable offence.

The Kerala Cabinet has also decided to recommend to the Governor to promulgate an ordinance for insertion of a new section in the Kerala Police Act, 2011 i.e. Section 118 A. Governor has the power to promulgate an ordinance when the state legislature is on recess under Article 213 Constitution of India, 1950. Section 118A of the Kerala Police Act, 2011 says that "anyone who produces content publishes or propagates it through any means of communication with an intention to threaten, insult or harm the reputation of an individual will be punished with imprisonment of 5 years or a fine of 10,000 or with both".

In a press release, the Government has said that they are concerned about the rise in the incidence of crime which is perpetrated through social media. The present law is incapable to deal with such crime especially after the Supreme Court struck down Section 66A of the Information Technology Act, 2002, and Section 118(d) of the Kerala Police Act, 2011. So this is the need of the hour to bring a new law that can control the incidence of crime perpetrated through social media. In Shreya Singhal v. Union of India (2013) 12 SCC 73 the Supreme Court has held that Section 118(d) of the Kerala Police Act,2011 violates Article 19 (1) (a) of Constitution of India, 1950 (Freedom of Speech and Expression). The Court while striking this provision as unconstitutional said that "the offence of causing annoyance in an indecent manner suffers from the same type of vagueness and overbreadth”. The Court has however rejected the challenge against the provision on the ground of legislative incompetence. The penalty created for causing annoyance in an indecent manner in pith and substance would fall within Entry 1 List III (Concurrent List) which speaks of criminal law and this is purely in any case within the competence of State Legislature.

While deciding this Government has taken into mind that the observations made by the Kerala High Court in an order passed on May 12, 2020. While disposing of a bail application, Justice PV Kunhikrishna had opined that "The State has to legislate appropriate enactments to curtail the social media war". The Court was considering the bail application of a female anchor of an online news channel who assaults a man who has published a YouTube video with vulgar comments about the woman by dubbing artists Bhagyalakshmi and other two women -Diya Sana and SreelakshmiArackel. This video has generated a huge controversy in the State. This is the main reason for the insertion of new Section 118(A) and amendment in the Kerala Police Act, 2011.