Home Executive MSP for 14 Kharif Crops Approved by the Cabinet; Farmers to get 50-83% more than Cost
Executive 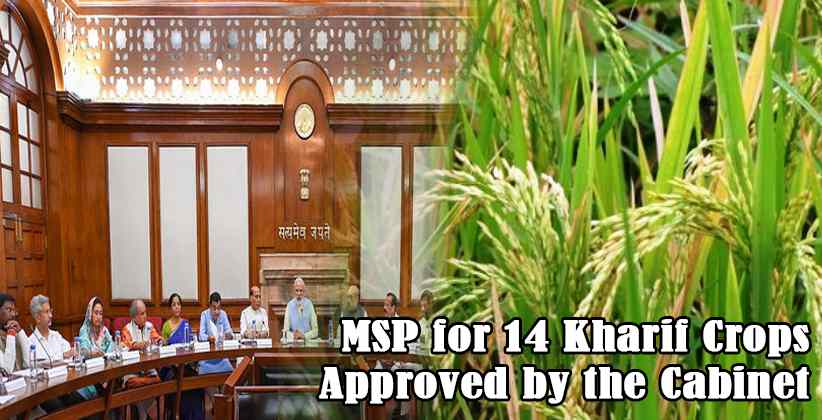 On Monday, the Union Cabinet approved an increase in the minimum support prices of 14 Kharif crops and this increase in the MSP would ensure that price will be 50 to 83 percent more than the cost of production as informed by the Information & Broadcasting Minister Prakash Javadekar.

It has also been notified that the government has procured 360 lakh metric tonne wheat, while the procurement of pulses is also on currently. The said decision was announced by Union Ministers Prakash Javadekar, Nitin Gadkari, and Narendra Singh Tomar during the media briefing in Delhi on Union Cabinet’s decisions.

Union Agriculture Minister also said that apart from MSP for kharif crops, the deadline for farmers to repay their loans has been extended to August. The rates for oilseeds, pulses, and cereals were raised along with the MSP of paddy which was marginally raised by Rs 53/quintal to Rs 1,868 per quintal for the 2020-21 crop year.

The decision headed by Prime Minister Narendra Modi and taken by the Cabinet will help farmers take a call on which kharif crop to grow as sowing picks up with the arrival of southwest monsoon. Normal monsoon has been projected from June-September by the Met department.

The agriculture minister in a statement said, “Based on the recommendations of the Commission for Agricultural Costs and Prices (CACP), the cabinet has approved MSP of 14 crops. Paddy MSP has been increased to Rs 1,868 per quintal for this year.” He further stated that this said increase in support price would ensure a 50 percent return over the cost to the farmers and also that the MSP of Grade A variety of Paddy has been increased to Rs 1,888 per quintal for the 2020-21 crop year from Rs 1,835 per quintal.