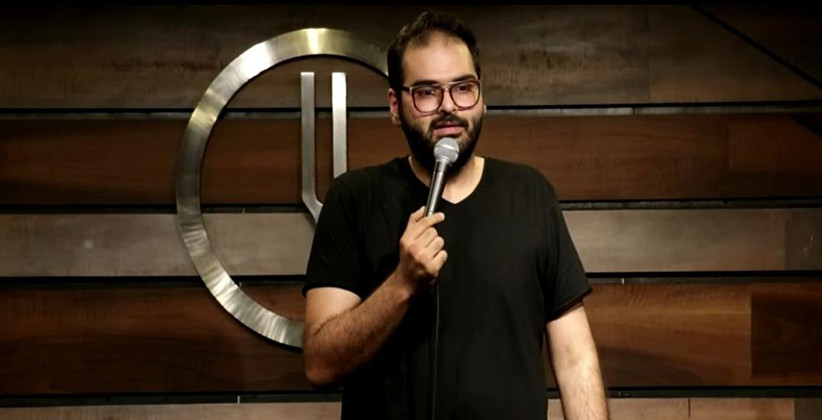 After questions were raised on the ban imposed on comedian Kunal Kamra, by four major domestic airlines, including IndiGo, Air India, Go Air and Spice jet, the Directorate General of Civil Aviation (DGCA) in a statement on Wednesday (January 29, 2020) said, "This is to reiterate that the action taken by the airlines is in complete consonance with Civil Aviation Requirements (CAR) Section-3, Series M Part VI on handling of unruly passengers."  It further added, "Now the matter is to be referred to the internal committee as prescribed in para 6.1 of the said CAR (Civil Aviation Requirements). Further, as per para 6.4 of the CAR, the internal committee is to give the final decision in 30 days by giving the reasons in writing, which shall be binding on the airline concerned. Punishment for different type of unruly behaviour is also prescribed in the same CAR and the internal committee has to adhere to the same."

After Kunal Kamra, a Mumbai based comedian tweeted a video, where he is seen confronting Republic TV journalist Arnab Goswami, asking him whether he is a “coward or a journalist”, throughout the 1.51 minute video Arnab doesn’t respond to any of Karma’s questions. The airlines was quick to take an action and barred Kamra from flying with them for a period of 6 months. The Minister of State for Civil Aviation Hardeep Singh Puri, also tweeted about the incident and advised other airlines to take same measures. Following which Air India, Spice jet and Go Air have banned Karma till further notice.

Arun Kumar, the Director General of Directorate General of Civil Aviation (DGCA) speaking to a HuffPost journalist  said that a 6 months' ban on Kunal Kamra by IndiGo and subsequent bans announced by other airlines, is a violation of the Civil Aviation Requirement Rules, under CAR Section 3, Series M, PartVI on “Handling of Unruly Passengers”. Further Kumar explained that in case of any unruly behaviour, like verbal spats or confrontations, the airlines should first impose a temporary ban of 30 days on the passenger and order an internal enquiry into the incident headed by a retired judge.

According to the CAR rules unruly behaviour that is verbally unruly, and in those cases operator can debar a passenger for upto 3 months, but in Kamra’s case the airlines have announced a 6 months' ban even though there was only verbal confrontation as seen in the video. Further the rules require a complaint to be made to the pilot-in-command, which would be probed by an internal committee ordered by the airlines and headed by a district and sessions judge and should have representatives from different scheduled airlines, passengers’ association/consumer, association/retired officer of Consumer Dispute Redressal Forum as members. The internal committee will decide the matter within 30 days and give a specified period of ban on the “unruly” passenger.

While the committee conducts its enquiry and the airline may ban the said passenger. The airlines are further required to share the non-fly list with DGCA and other operators and same shall be published on DGCA website but other airlines are not bound by the no-fly list. In Kamra’s case no inquiry was held before IndiGo announced a 6 months' ban. DGCA has in its statement also stated director Arun Kumar’s statements to HuffPost India were misrepresented and the ban imposed on Kamra adhere to the rules laid down in CAR.