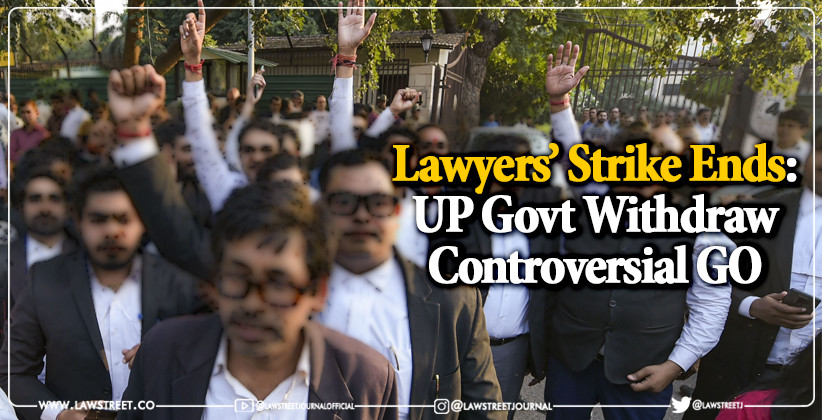 When lawyers in 22 districts of the state conducted a strike over "objectionable language" used in an order, the order was withdrawn. Lawyers in Meerut and Varanasi went on strike during the protest. Now there has been an end to the lawyers' strike. A senior advocate stated that,

“Had the order not been withdrawn, a bigger statewide strike might have been announced on Thursday."

“The Bar Council of Uttar Pradesh took up the issue with the authorities concerned. The state government has withdrawn the GO. The legal fraternity is happy with the government’s decision.”

The President of the Central Bar Association of the Lucknow District Court, Sunil Dwivedi, who had threatened a defamation suit against the government, has also welcomed the government's move to withdraw the GO. He stated that,

“We have already requested the district judge to issue identity cards to practising lawyers. It will be compulsory for all lawyers to carry this identity card during their presence in court."