Home Executive The Legal Aspects of Budget in Parliament
Executive 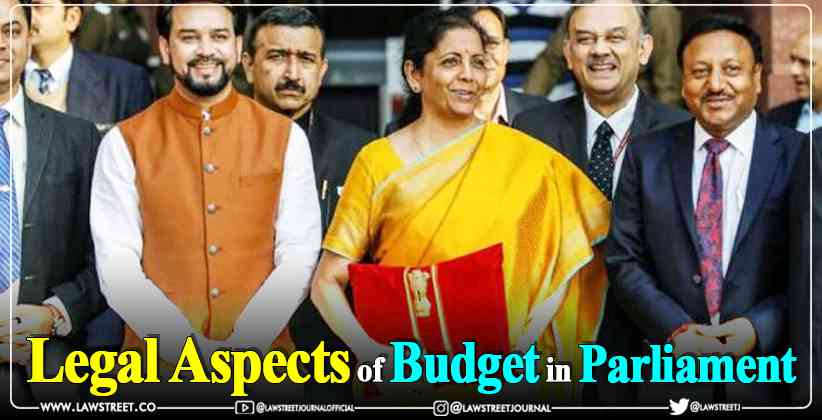 The budget is a statement of the estimated receipts and expenditure of the Government of India in a financial year, which begins in April and ends on 31 March of the following year.

The genesis of the central Budget in India goes back to 1860 when it was first introduced by then finance minister James Wilson, two years after the transfer of Indian administration from the East India Company to the British Crown. The Budget is presented through 14 documents, some of which are mandated by the Constitution of India, while others are in the nature of explanatory documents.

Here are the constitutional and legal bases of some other key aspects of the Budget:

Interestingly, the Constitution of India does not specifically use the word Budget.

Article 112 of the Constitution provides for laying before Parliament an 'Annual Financial Statement' providing a statement of the estimated receipts and expenditure for the financial year. This statement evidences the receipts and expenditure of the government in three separate parts under which accounts are maintained. These are: (i) Consolidated Fund of India; (ii) Contingency Fund of India and, (iii) Public Account.

According to constitutional provisions, the Annual Financial Statement has to distinguish expenditure on revenue account from other expenditures. It comprises:

Capital budget: Capital receipts and payments, including loans, raised by the government from the public, borrowings from Reserve Bank.

The estimates of expenditure from the Consolidated Fund of India included in the Annual Financial Statement are required to be voted by the Lok Sabha and submitted in the form of Demand for Grants as mandated by Article 113. These demands are arranged ministry-wise, and a separate demand for each of the major services is presented.

Pursuant to the Demand for Grants, the Appropriation Bill is introduced for appropriating monies out of the Consolidated Fund of India to meet the said grants as provided under Article 114. The Appropriation Bill is intended to give authority to the government to incur expenditure from and out of the Consolidated Fund of India. The procedure for passing this Bill is the same as in the case of other Money Bills.

At the time of introduction of the Annual Financial Statement, a Finance Bill is also presented before Parliament - the Finance Bill satisfies the criteria of a 'Money Bill' as it provides for the imposition, abolition, remission, alteration or regulation of taxes proposed in the Budget. A 'Money Bill' is defined under Article 110(1).

Vote-on-account, the vote of credit and exceptional grant

Pending the completion of the parliamentary procedure relating to the voting on the Demand for Grants and passing of the Appropriation Bill, the Constitution under Article 116 grants power to the Lok Sabha to make a grant in advance for authorising the withdrawal of money from the Consolidated Fund of India in respect of the estimated expenditure for a part of any financial year, referred to as vote-on-account. The Lok Sabha also has the power to make grants for meeting unexpected demands, referred to a vote of credit, or to make an exceptional grant.

In addition to the Budget documents, the Fiscal Responsibility and Budget Management Act, 2003, mandates that certain additional documents shall be laid before Parliament. This includes the macro-economic framework for the relevant financial year; fiscal policy strategy statement for the financial year; medium-term fiscal policy statement and medium-term expenditure framework statement.

Upon President's recommendation, obtained under Article 117(1) and 117(3) for introduction and consideration of the Budget, it is laid before the Lok Sabha by the finance minister.