Home Executive Lockdown Update: Only Specific Localities/COVID-19 Hotspots In UP To Be Sealed Till 15th April; Says UP Govt
Executive 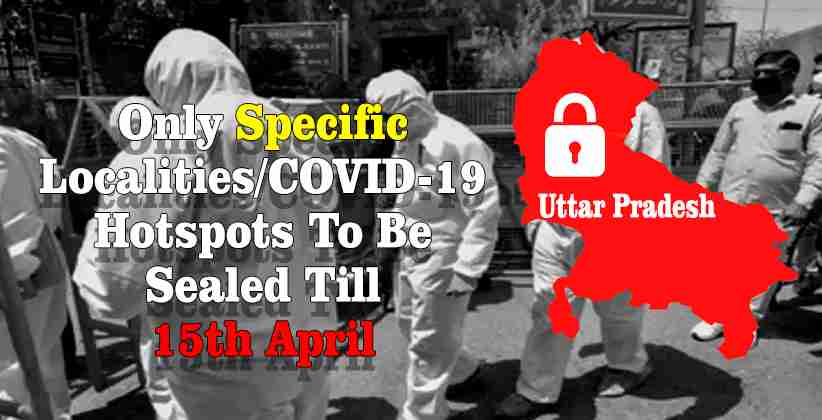 A total of 343 positive cases have been reported across the state. The measure to enable the seal has been taken to prevent further spread of the virus.

The Chief secretary of the state, RK Tiwari has said, "15 districts - including Noida, Ghaziabad, Meerut, Lucknow, Agra, Shamli, Saharanpur - which have viral load of COVID19, to be sealed. Only home delivery & medical teams will be allowed there. It's being done to prevent community spread, as numbers are high,"

Further to which the information Director, Shishir said, "All coronavirus hotspots in 15 districts will be completely sealed till April 15 morning. Only home delivery will be allowed. These are places where a number of cases have been found,"

Additional Home chief secretary Awanish Awasthi said, "We have taken this decision as we observed a drop in the case load of areas where such a sealing was imposed. In Agra this had been implemented in an efficient way in some areas and the results were encouraging,"

[Breaking]:15 Districts Of UP Including Noida, Gzb To Be Completely Sealed From Midnight Today [Read Notice]

[COVID-19]: Doctors in Pakistan Beaten And Arrested by Police For Protesting Against Lack of PPE [Watch Video]