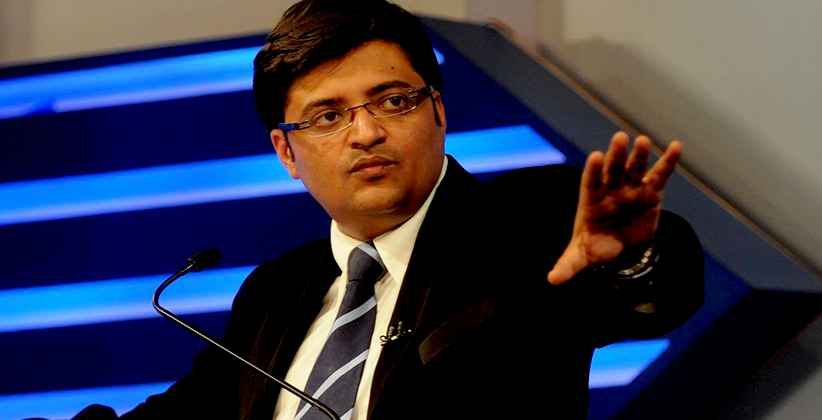 A year after Raigad police closed the abetment to suicide case registered against Arnab Goswami and two others in 2018, the Maharashtra Government has now asked the CID to re-investigate the matter on May 26, 2020.

State Home Minister Anil Deshmukh conveyed to the media that the CID is going to re-investigate the case based on a request by the daughter of Anvay Naik. As a matter of fact, Anvay Naik and his mother Kumud Naik were found dead at their bungalow in Alibaug, in Raigad district near Mumbai, in May 2018.

Raigad police had closed the case as they couldn’t find enough evidence against Goswami. Arnab Goswami is editor-in-chief of Republic TV news channel.

Anvay Naik was managing director of Concorde Designs, a Mumbai-based architectural and interior designing firm. his mother Kumud Naik was one of the firm’s board of directors.

In his tweet, Anil Deshmukh wrote: “Adnya Naik had complained to me that Alibaug Police had not investigated non-payment of dues from Arnab Goswami’s Republic, which drove her entrepreneur father and grandma to suicide in May 2018. I’ve ordered a CID re-investigation of the case.”

Interestingly he had also used the hashtag "Maharashtra government cares" while sharing the tweet.

Republic TV had earlier stated that it had cleared all payments due to Concorde Designs, but Anvay’s daughter Adnya had complained to the Minister of State that the police had not investigated the angle of Rs 83 lakh that Goswami had not paid her father. She had also alleged that this non-payment of dues had driven her father and grandmother to commit suicide.

Raigad Superintendent of Police Anil Paraskar who had investigated the case had stated: “We had registered a case of abetment to suicide against three persons when the body was found based…. However, last April we submitted a summary report before a court stating that there was not enough evidence to file a charge sheet against the accused.”

In the post-mortem report, it was found that Kumud Naik had been strangulated and following which, the police had registered a case of murder, but later it came to the knowledge of the police that Anvay had committed suicide after killing her mother. This conclusion was drawn as Kumud Naik’s body was found on the ground-floor near sofa while Anvay was hanging on the first floor.

In a suicide note which was found, it was stated that Anvay and his mother had decided to take the extreme step since payments due to them were not being cleared by owners of three companies — Republic TV, Feroz Shaikh of IcastX/Skimedia, and Niteish Sarda of Smartworks. The Suicide note also noted that the three firms owed Concorde Designs Rs 83 lakh, Rs 4 crore, and Rs 55 lakh, respectively.

Republic TV had in its statement denied the allegation and said that certain vested interest groups were running "a false and malicious campaign and making false statements and innuendos against the company by exploiting the tragic event".

This is not the only case in which Arnab is being investigated. Mumbai Police is also investigating Arnab over his statements about the Palghar lynching case of April this year. The case in the said matter was transferred from Nagpur police to Mumbai police after the Supreme Court order.