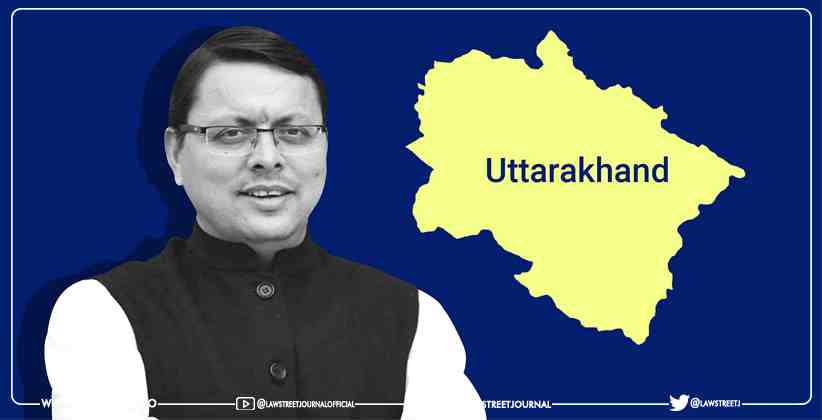 The Uttarakhand government on Friday said a drafting committee had been formed to implement the Uniform Civil Code (UCC) in the hill state. Chief Minister Pushkar Singh Dhami said the five-member committee will be headed by retired Supreme Court Judge Ranjana Desai, who currently heads the Delimitation Commission of India.

"We have taken the decision to implement the Uniform Civil Code in the state. Uttarakhand will be the second state after Goa to implement this," Dhami stated.

"We will bring the UCC for the people… it would be effective for every citizen irrespective of their religion," Dhami said while addressing a gathering in Champawat assembly where a by-election is due next Tuesday (May 31).

UCC essentially refers to a common set of laws governing personal matters such as marriage, divorce, adoption, inheritance and succession for all citizens, irrespective of religion. Currently, different laws regulate these aspects for adherents of different religions and a UCC is meant to do away with these personal laws.

Goa is the only state in India that has a uniform civil code regardless of religion, gender or caste. It has been following the Portuguese Civil Code 1867, which is also called Uniform Civil Code.

After its liberation from Portuguese rule, the UCC survived through Section 5(1) of the Goa, Daman and Diu Administration Act, 1962.

Recently, Himachal Pradesh Chief Minister Jai Ram Thakur said his government was interested in implementing the UCC. The Uniform Civil Code is a "good step" and the state government “is open to implement it” but will not rush with it, he added.

In Uttar Pradesh, another BJP-ruled state, deputy chief minister of Uttar Pradesh Keshav Prasad Maurya said last month that the government was mulling the implementation of Uniform Civil Code in the state.

In its 2019 Lok Sabha election manifesto, the BJP had promised a UCC saying that gender equality would not be possible without it. The UCC has been labelled as “anti-minority” by several critics.