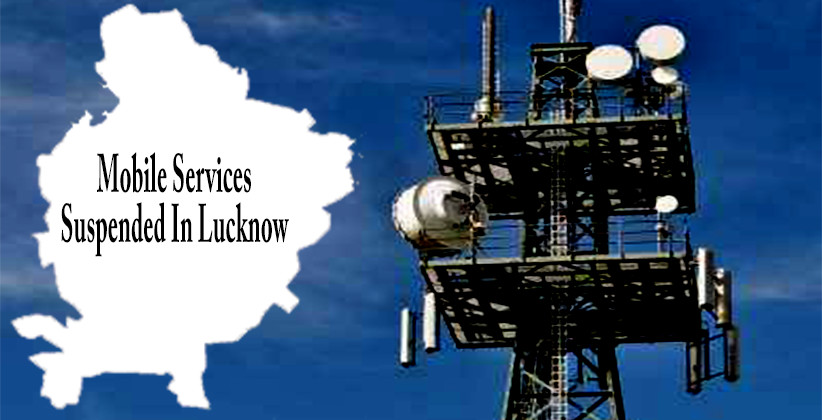 A Government order in Lucknow has suspended internet and messaging services from today (December 20, 2019) till tomorrow noon (December 21, 2019). This order was issued late night on Thursday (December 19, 2019) by Additional Chief Secretary, Awanish Kumar Awasthi. It will take effect from 3 pm today.

The decision was taken in the light of violent protests that broke out old Lucknow yesterday which involved pelting of stones and lighting up vehicles of the police. In retaliation the police had fired gunshots which led to the death of a 25-year old boy.

Section 144 of the Code of Criminal Procedure, 1973banning unlawful assembly of more than four persons was imposed previously in the entire state of Uttar Pradesh. It will remain in force for a few days until protests against the Citizenship Amendment Act, 2019 continue. The Act amends the Citizenship Act of 1955 by modifying the definition of “illegal immigrants” to exclude minorities like Hindus, Buddhists, Jains, Sikhs, Christians and Parsis if they entered the boundaries of India before December 31, 2014 making them eligible for citizenship.

The objective of the act is being propagated as the protection of religious minorities which were facing persecution in neighboring Islamic States of Afghanistan, Bangladesh and Pakistan but excludes Muslims fleeing from Muslim majority states. People are objecting to the act because it is violative of the basic feature of secularism of the constitution and customary international laws that prohibit discrimination among refugees based on religion or country of origin. The amendment also fails to consider the persecution of Tamil Eelam and Rohingyas in Sri Lanka and Myanmar. Every person who flees his country for the fear of persecution is protected as a “refugee” under international law.