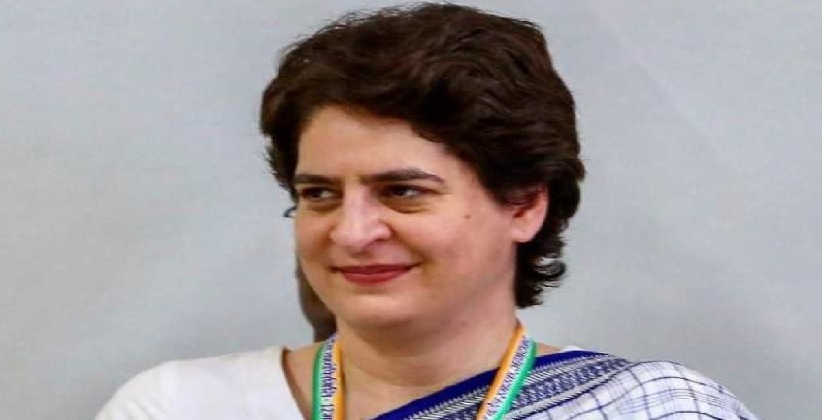 Executive Jul 02, 2020 Harshil Jain ( Editor: Ekta Joshi ) 1 Shares
1 Share
On 1 July 2020, the Ministry of Housing and Urban Affairs asked, via a notification, for the exit of Congress leader Priyanka Gandhi Vadra from the government accommodation provided to her. She has been asked to vacate the bungalow till 1 August 2020, though her allotment has been canceled from today. In addition to this, she owes Rs 3.46 lakh in dues, the notification read.

She also made an online payment soon after receiving the notice, to ensure that all her dues are paid. She was also told that if she does not vacate the house till 1 August 2020, then, a penalty will be imposed on her for the same. The Ministry of Housing and Urban Affairs said in the notice that Priyanka Gandhi Vadra must leave the bungalow no. 35 on Lodhi Estate that was allotted to her in 1997 as she no longer has the protection of the 'Special Protection Group' (SPG) security. Unless the Home Ministry makes an exception on the ground of security, she is not entitled to live in that bungalow, said officials of the Ministry.

The notice read, "Consequent upon withdrawal of SPG protection and grant of Z+ security cover by Ministry of Home Affairs, which does not have provision for allotment/retention of government accommodation on security ground to you, the allotment of Type 6B house number 35, Lodhi Estate, New Delhi is hereby canceled with effect from 01/07/2020." The elite SPG security cover granted to Congress President Sonia Gandhi, Rahul Gandhi and Priyanka Gandhi Vadra since 1991, following the assassination of former Prime Minister Rajiv Gandhi, was revoked last year in November 2019. The Special Protection Group security cover comprises a 3,000 strong crack commando force that comes with armored vehicles. Presently, the SPG security is provided to Prime Minister Narendra Modi only. The government's decision was followed by a battle of words between leaders of different political parties. A ministry official said that Priyanka, unlike her mother Sonia Gandhi and brother Rahul Gandhi, is not a Member of Parliament, hence, she is not entitled to the government accommodation. Responding to this, the Congress demanded a similar action against Bhartiya Janata Party leaders, such as Lal Krishna Advani and Murali Manohar Joshi, who have kept possession of their bungalows though they are not Members of Parliament. Many senior leaders of the Congress party protested the government's move. Punjab Chief Minister Captain Amarinder Singh said that Priyanka Gandhi Vadra's SPG protection and bungalow must be restored to her, as the notification poses threat to her security. He said, "Compromising on Priyanka Gandhi's safety will be construed as political witch-hunt since she is critical of the UP-government’s handling of the coronavirus crisis, especially in PM Modi's Varanasi constituency."  Despite political differences with the Akalis, former Chief Minister Prakash Singh Badal has been provided with a government bungalow and proper security by the state, he added.