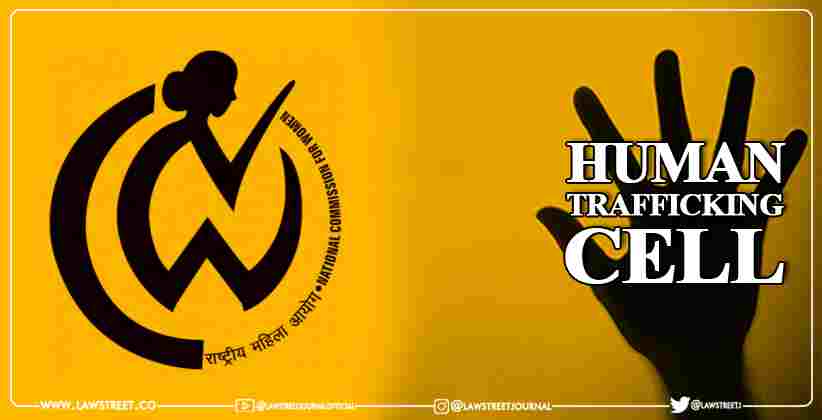 PURPOSE OF THE CELL

The cell has been created for increasing awareness among women and girls, capacity building and training of anti-trafficking units and to increase the responsiveness of law enforcement agencies.

According to the press release issued by the Ministry of Women and Child Development, the Cell has been set up with an aim of increasing awareness among law enforcement officials and facilitating their capacity building.

ACTIVITIES OF THE CELL

The Cell will conduct gender sensitization training and workshops in combating human trafficking for police officers and for prosecutors at regional, state & district levels.

The complaints related to human trafficking received by the Commission will be addressed by this cell.

The cell will also improve the monitoring mechanism and encourage government agencies regarding measures being adopted for the prevention of trafficking and rehabilitation of victims. Since it has been observed by the Commission that some of the major issues faced in combating trafficking include lack of rehabilitation for victims and insensitive attitude towards trafficked survivors and their families, the Ministry said.

The Cell will also help survivors of trafficking in rebuilding their lives by providing them with need-based training and by organizing capacity building programs for them to prevent the re-traumatization of victims.

National Commission for Women Ministry of Women and Child Development

Marriage To Another Caste Not Relevant For Claiming Reservation Under Article 16(4) : Kerala High Court Reiterates