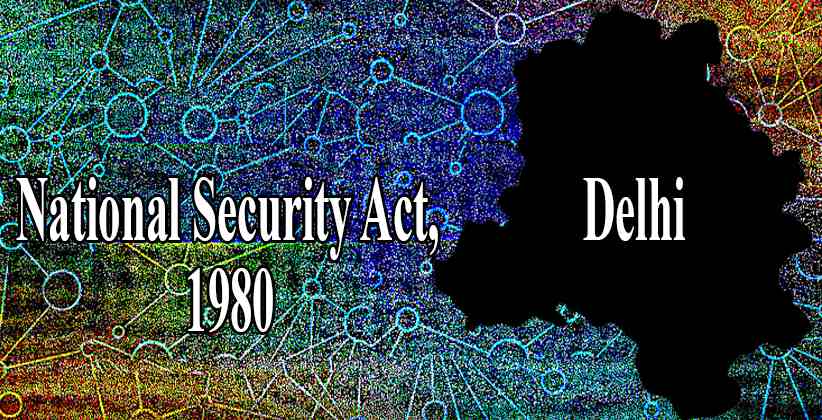 In the wave of protests against the new Citizenship Amendment Act, 2019 and the National Register of Citizens or NRC, the infamous National Security Act, 1980 or (NSA) (hereinafter referred to as the Act) had been applied in Delhi for a period of three months. The Lieutenant Governor of Delhi notified the order on January 13, 2020 as a routine order which is issued every quarter. The order was passed giving power to the Commissioner of Police to detain any person under the NSA for a period of three months i.e. between 19 January and 18 April, 2020.

The Act gives power to the police to arrest anyone without mentioning the grounds of arrest. A person can be detained without telling the grounds for 10 days and can be kept in prison for maximum 12 months without any charges. No rights under Article 22 (1) of the Constitution of India, 1949 will be given to the arrestee under the NSA. This article says that the arrested person should be given the right to consult and be defended by a legal practitioner of his own choice.   If the authority finds it important, he can also be detained under preventive detention. The grounds for preventive detention include:

A. Acting in any manner prejudicial to the defence of India, the relations of India with foreign powers, or the security of India.

B. Regulating the continued presence of any foreigner in India or with a view to making arrangements for his expulsion from India.

A Senior Police Office in Delhi said that “There is nothing new in this. Such an order is issued once in every three months that gives power to the police chief to detain under the NSA”. The same act was applied in Andhra Pradesh on 14th January.