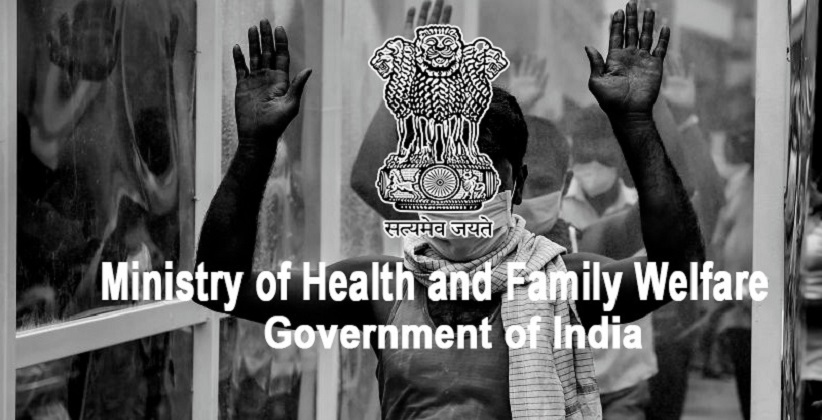 An affidavit had been filed by the Ministry of Health and Family Welfare (MoHFW) in Supreme Court asserting that it has never issued any advisories or guidelines regarding any kind of usage of disinfection tunnels involving disinfectant chemicals to sanitize the entrance to public places.

It informed that the Ministry convened a meeting on April 8, 2020, of its technical advisory body, the Joint Monitoring Group (JMG), after taking cognizance of media reports which showed that members of the public were being sprayed with chemicals and exposed to chemicals in walk-in tunnels.

On April 18, the MoHFW issued an advisory on the basis of recommendations made in the meeting as given under-

1. Spraying of disinfectants on humans is not recommended under any circumstances. Spraying any chemical disinfectant is physically and psychologically harmful.

2. Further, chemicals are harmful to the human skin and mucous membrane of the respiratory tract, if inhaled.

3. External spraying of any chemical disinfectant does not kill a virus that has already entered the body of a person, who has earlier been exposed to the virus."

Accordingly, on June 9, it is added, an expert committee also held a meeting to review the use of disinfectant channels, the spraying of chemicals, and the efficacy of the same. Subsequent to the meeting, the committee reiterated the recommendations of the April 18 advisory and stated that "spraying of the individuals with disinfectants (such as tunnels, cabinets, chambers, etc.) is not recommended as it would diminish the infected person's ability to spread the virus through droplets or contact. The committee further observed that spraying disinfectants is not recommended in both health-care and non-healthcare settings", informs according to the affidavit.

This committee went on to state that the application of disinfectants to environmental surfaces in indoor spaces by spraying or fumigation would not be effective, and if needed, the same ought to be done by using a cloth soaked in disinfectant.

In addition, spraying chemicals in streets, sidewalks, marketplaces, or unpaved walkways would also not be effective in killing the COVID virus because the disinfectant is 'inactivated' by dirt, etc. on the surfaces.

In conclusion, the Ministry clarifies that it has never written any letter or issued any kind of guidelines/advisories or SOPs for the use of ultraviolet lights on humans with regard to COVID-19 management.

Ministry has filed this response after the Top Court issued a notice in a PIL seeking an immediate and complete ban on the usage, installation, production, and advertisement of disinfection tunnels involving spraying or fumigation of organic disinfectants for the purposes disinfecting human beings.

On August 10, a three-judge bench comprising of Justice Ashok Bhushan, Justice R. Subhash Reddy, and Justice MR Shah had issued notice to the Union of India on the petition filed and argued by Gursimran Singh Narula, a final year law student.

Narula had claimed that the so-called disinfectant tunnels are not only "ineffective" in preventing the spread of the virus but also have dangerous after effects, as they expose human beings to ultraviolet rays, and the same amounts to "non-consensual medical experimentation".

WHO and other health experts across the world have alarmed that unchecked and misinformed usage of such disinfection tunnels can have serious physical and psychological consequences on human beings," according to the PIL.

Despite the advisory issued by Ministry in April, certain Indian medical institutions such as the Pune-based Council of Scientific & Industrial Research-National Chemical Laboratory and Mumbai-based Institute of Chemical.

Technology has cast doubt on the scientific value of the Government advisory against the spraying of disinfectants on human beings. This, Narula asserts, has resulted in the spread of misinformation in public and has promoted unscrupulous use of self-claimed organic disinfectants. Even many IPS officers, he pointed out, have misconstrued the advisory and is promoting the use of disinfectant tunnels in schools and other public places.

He has contended that such "faulty notions" that spraying of disinfectants on human beings has no adverse health impact have led to the violation of the right to healthy life under Article 21 of the Constitution.

Accordingly, he has sought forthwith ban on the usage, installation, production, advertisement of disinfection tunnels involving spraying or fumigation of chemical disinfectants for the purposes disinfecting human beings by paying attention to the health care.