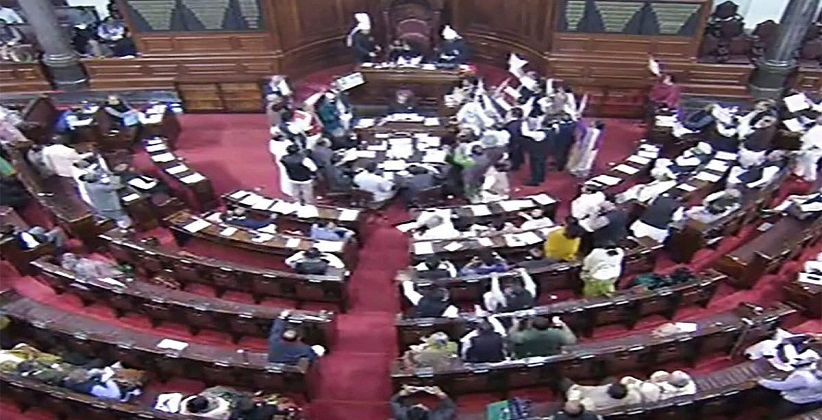 The Rajya Sabha has passed the bill for a reduction in the salary of MPs and MLAs by 30% “to meet the exigencies arising out of the COVID-19 pandemic” for one year.

The Salary, Allowances, and Pension of Members of Parliament Amendment Bill of 2020 was passed by the Lower House of Parliament, Lok Sabha earlier this week.

The newly passed Amendment Bill will replace the Salary, Allowances, and Pension of Member of Parliament (Amendment) ordinance, 2020, which was cleared by the Cabinet on April 6 this year.

The newly passed bill announced by Minister of State for Home G Krishna Reddy also proposes to reduce the salaries and allowances of ministers by 30 percent for a year. Both Bills were taken up simultaneously and passed by voice vote in the House.

Union Minister Pralhad Joshi said this was a temporary suspension. He further said that it did not matter how much money was being saved through salary cuts. He said, “Charity should begin from home and that is the concept we have started. It is not Rs.4 crore saving as said by DMK member but Rs.53.9 crore per year from members salary”.

By raising their voices some opposition members asked the government to stop various projects like the Bullet train and the new Parliament building project. For which Joshi replied, “First you say public spending should be increased and now you are demanding that all these projects should be stopped”.

He further said “At least we don’t pay to some private trust from PM Relief fund. These people raised similar issues in the 2019 election and people have answered.

Senior Congress leader Ghulam Nabi Azad said around 70 present MPs depend on their salaries and have to take care of every expense through these emoluments alone. He also said that MPLAD funds are meant for taking care of needy people in their constituencies and are utilized for various things like purchasing ambulance and making small roads.

"It (MPLAD) should not be suspended for two years. How did you presume that corona will go on for two years? Even if you had to do it you should have reduced it by half to Rs 2.5 crore. My suggestion to the government will be to reduce it to one year and in that one year Rs 2.5 crore fund be kept," he said.

Manoj Kumar Jha (RJD) also supported the bill to cut salaries, asked to set up priorities properly. But after that going against the motion he also raised the question about the new projects and said if this is the right time to start new projects when the country is facing a tough time.

Congress leader Rajiv Satav welcomed the move towards the salary cuts but also questioned the government's move to suspend MPLAD Scheme. He said "You are talking about the common people and have suspended the MPLAD scheme, which was meant for the welfare of people.

Satav in the efforts to criticize the government said it is “live example mismanagement and failure” and no chief ministers were consulted before the lockdown.

"In 2014, the GDP growth rate was 7.4 percent and now it has come to a minus 23.9 percent," he said, adding, "Instead of being corona free, the country has become employment free (Corona muktkejagahRojgarMukt ho gaya)".

By pointing at the PM Care fund, Satav also said “no one knows to whom it is caring”.

Shwait Mallik (BJP) replying to the opposition said the Centre while imposing the lockdown and PM had considered their suggestions.