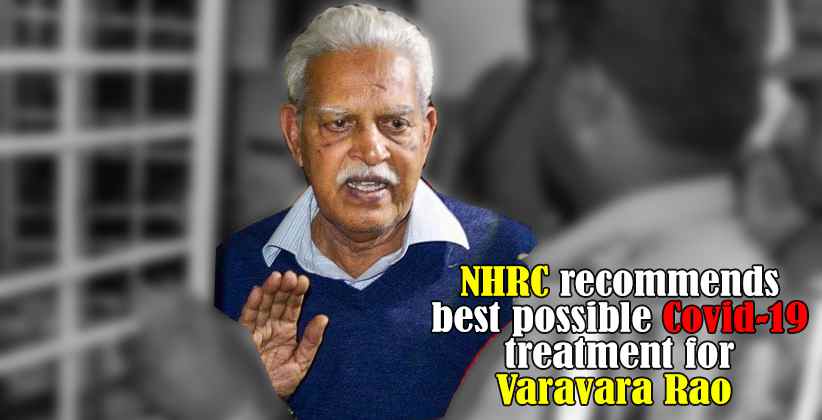 The NHRC stated that it had received various messages regarding the deteriorating health of Varavara Rao. He is a renowned poet and is named as an accused in the Elgar Parishad case and is under trial. Due to his health issues, he was taken to JJ hospital on Monday (July 13, 2020) but after testing positive for COVID-19 he was shifted to St. George Hospital on Thursday. (July 16, 2020)

Earlier this week, NHRC had issued notices to the Chief Secretary and Director General of prison calling for a report regarding appropriate medical care required to be provided to the prisoners.

Since Thursday, family members of the accused are visiting him and have informed NHRC about his worrisome health. NHRC said, “The health condition of Rao as mentioned in the various communications was already worrisome and now that he has tested positive for Covid-19, danger to his life has grown bigger which is a matter of concern for the commission. It is a question of saving a precious human life leaving apart the legal aspect of the matter”. It also added that the accused should be shifted to the best COVID treatment hospital.

“The accused’s treatment should be funded by the state as he is under trial prisoner and is lawful custodian of the state”- asserted by NHRC.

The bail plea has already been filed before the Bombay HC, but the matter has not come up for hearing yet. His lawyer has moved a praecipe for urgent hearing on July 20.