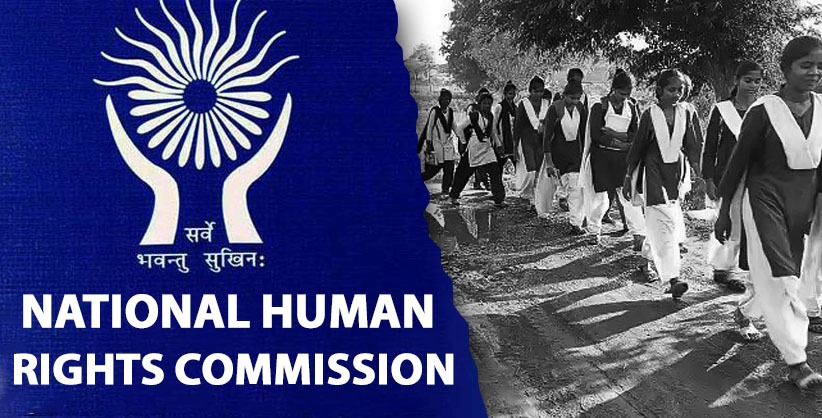 NEW DELHI: The National Human Rights Commission has taken suo motu cognizance of a media report about the plight of students, in Kaluwara village of Punjab, especially the girls, who have to first walk on foot in slushy banks of the river Sutlej then board a Berhi (a wooden boat) and cross the river to walk for another four kms along the border with Pakistan before finally reaching to the Government Senior Secondary School in Gatti Rajoke area of the district Ferozpur.

The Commission issued a notice to the Punjab government, through its Chief Secretary, calling for a report along with the action taken report about the steps being taken or proposed to be taken to provide for better and hassle-free access to the students to the school in the area, either by creation of a new school at a nearby place or by providing better access, avoiding the river Satluj/Berhi, while reaching to the school.

The news report revealed that Kaluwara is surrounded on three sides by river water and by the border fence on the fourth. It is also stated that during the heavy rain, the river floods fields and homes, forcing the residents to spend days together on their roof tops. The village houses 50 families and has only one primary school. Most of the girls studying in the primary school, drop out after Class-V due to the extreme difficulties in getting to the schools for higher education.

The Commission noted the news report raised issues pertaining to the apathy of the state authorities towards the Right to Education of the students as well as the Right to Life and Dignity of the people residing in the area. The State has a responsibility to ensure their safety and to safeguard their human rights by providing them an environment to live with dignity.