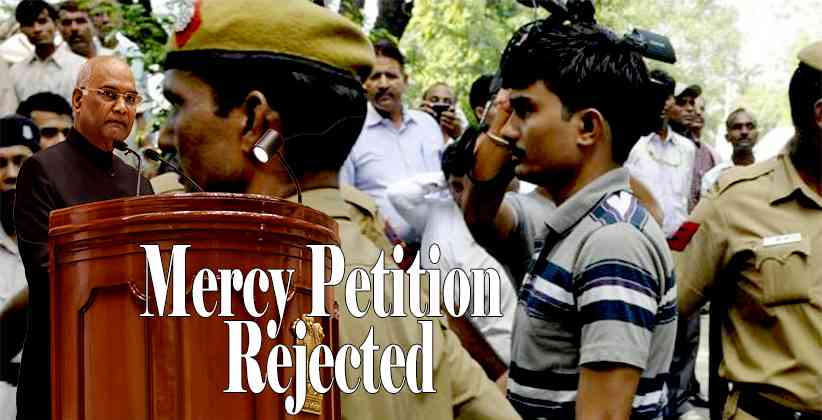 The 5th of February, 2020 Wednesday, the President Ram Nath Kovind rejected the mercy petition filed by the third out of the four convicts in the Nirbhaya gang rape and murder case. Akshay Thakur had filed the petition on 1st of February, 2020, Saturday. The prisoner who is on a death row filed the appeal hours after the appeal of fellow convict Vinay Sharma's was rejected by the President.

The Delhi High Court gave the convicts a week to explore all the possible legal options and further ordered the trial court to begin the proceedings for their executions. The order had come in response to the Center's petition that was against the indefinite stay on the execution, placed by the lower court.