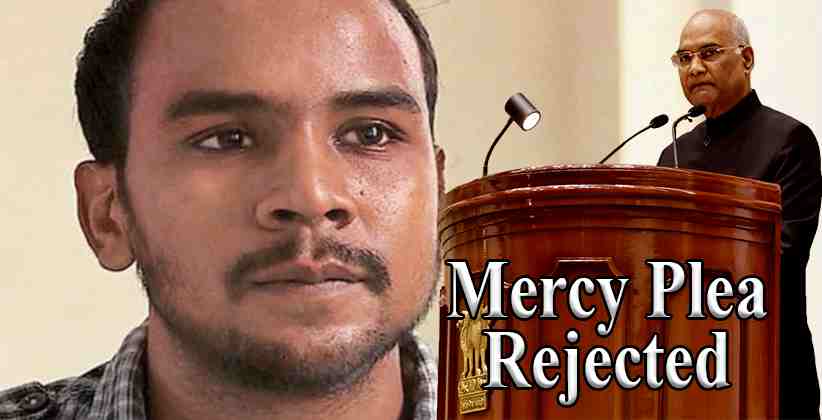 The first mercy plea in the Nirbhaya case has been rejected by the President of India, Ram Nath Kovind today (January 17, 2020). Fate has been sealed for one of the three convicts. Mukesh Singh will be hanged till death.

Mukesh Singh, one of the four death row convicts in the Nirbhaya gangrape and murder case had filed a mercy plea before the President on 14 January, 2020. Singh filed the mercy plea with President on the day his curative petition was dismissed by the Supreme Court.

Seeing the ongoing trend of petitions that are being filed by convicts and the time that it might take to consider them, it is likely that the date of the execution of death sentence might be postponed. Such a postponement of punishment would bring about public dismay as it has already been seven years since the heinous crime took place. The delay in punishment can be attributed to the problems with our criminal justice system which has not been amended in entirety with laws dating back to the British era. Despite the increase in sexual offences, much emphasis has not been given to it if the Indian Penal Code is considered.