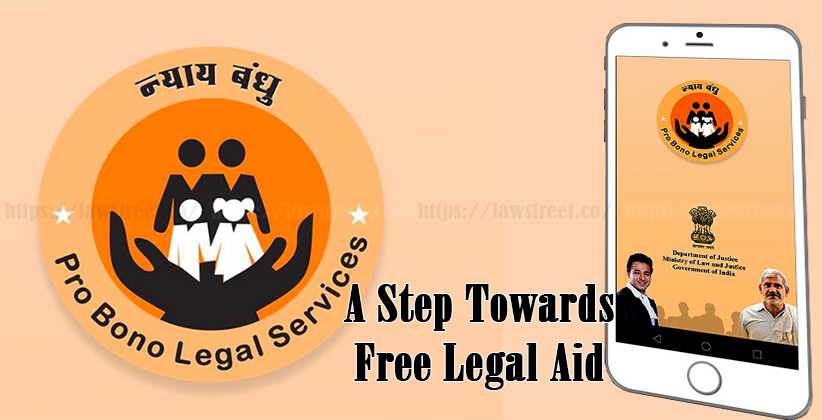 The Union Law Ministry and Department of Justice launched a new app to provide Free Legal Aid for people who are in need but cannot afford legal services. The tele-law app is called ‘Nyaya Bandhu’ allows lawyers to connect with eligible persons for legal aid. It also aims to ascertain that the legal process takes place at a faster speed with the reach of internet technology in modern society.

The app will enable Para Legal Volunteers to perform pre-registration of cases on the field with the provision to seek appointment from lawyers. It comes with an interface to register and facilitate interaction between the lawyer and beneficiary through video conferencing and calling features.

Released in February 2019 by the Union Law Minister Ravi Shankar Prasad, the app sets to ensure that people in need avail its services. The District Legal Service Authority of Gautambuddhnagar (alongside other districts in Uttar Pradesh) has already issued a press release to make the app available to the public and increase awareness regarding this.

The said release mentioned features of the app along with the eligibility criteria for users who can avail of the service. According to section 12 of The Legal Service Authorities Act 1987, several people are eligible for obtaining legal services from initiatives such as this. Persons who must file or defend a case are eligible if they are members of Scheduled Caste/Scheduled Tribe communities, victims of human trafficking, beggars, or persons with a disability under Equal Opportunities, Protection of Rights and Full Participation Act of 1995.

Persons who are associated with other acts like custody in a protective home under the Immoral Traffic (Prevention) Act of 1956, juvenile homes (Juvenile Justice Act 1986), in psychiatric hospitals or psychiatric nursing homes (Mental Health Act 1987) are eligible for obtaining the said services as well. This facility has also been made available to women, children, industrial workmen, and victims of disasters.

Moreover, a pecuniary limit has been set to avail to the free legal services offered such as the annual income of the person has to be less than Rs. 9,000/- and Rs. 12,000/- if the case is before the Supreme Court.

The release stated that the objective of the app is to help advocates, litigants, and socially backward communities and is available on Google Play Store and can be downloaded by any android mobile user. It is available in English as well as Hindi to ensure maximum outreach, comprehension, and ease of use.

In the dawn of a new digital age, this app comes as one of the initial steps towards digitizing the fundamental pillar of justice and ensuring that it reaches everyone irrespective of social and financial stratification or access to institutions.