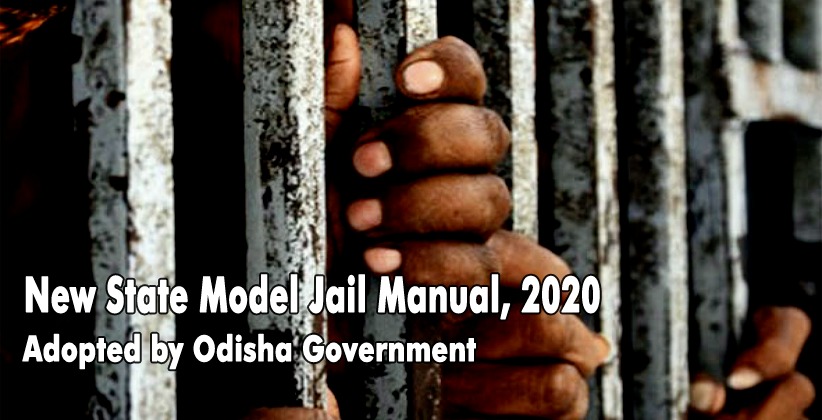 On Friday (November 13, 2020), the Odisha Government has approved a revised jail manual, under which one guarding staff would be deployed for every six prisoners.

After 78 years, the State has formulated a new manual, the last one being in 1942.

The jail manual of 1942 had some extra chapters and 16 of them have been retained in the new manual which has 48 chapters.

As per the new manual, the prison administration shall ensure the separation of different categories of prisoners such as civil prisoners, under-trials, female prisoners, convicted prisoners, young offenders, first offenders, habitual offenders, and high-security prisoners.

The prisons have been classified into three categories, Circle Jail, District Jail, and Sub-Jail; and the authorized population for these prisons should be 1000, 500, and 300 prisoners, respectively.

Under-trial review committees and legal aid clinics will be set up in every prison across the state, according to the revised jail manual.

The manual has also paved way for many reformative and progressive moves to provide jail inmates treatment of drug addict prisoners in hospitals both within and outside the state.

The new manual mentions that one guard staff will be deployed for every six prisoners while all prisons should have their own mechanized laundry.

The manual has also said that the period of escape, bail, parole, and extradition will not be counted towards sentences.

Director-General of Prisons and Correctional Services, Santosh Kumar Upadhyay said “Bureau of Police Research and Development had prescribed a model prison manual in 2016 by incorporating various provisions basing on different decisions of the Supreme Court and guidelines of National Human Rights Commission (NHRC) related to children and women, legal aid to prisoners, and others.”

The manual has come into effect from September 29, as per a notification issued to this effect.