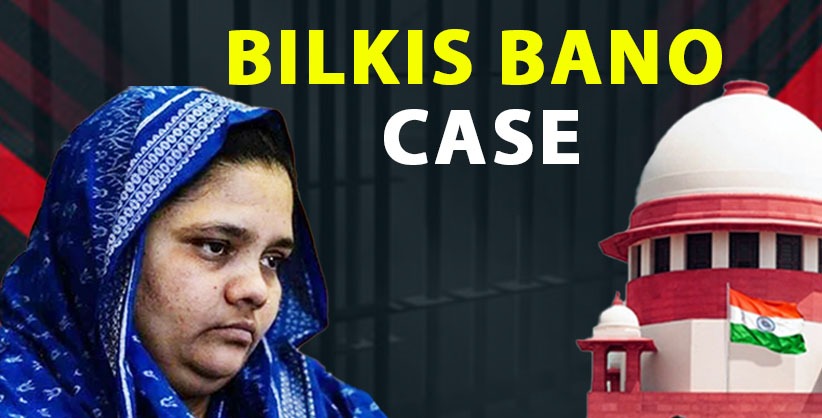 NEW DELHI: Maintaining that the State is empowered under the law to take the decision on premature release, the Gujarat government has contended before the Supreme Court a PIL filed by former CPI(M) MP Subhashini Ali and others questioning validity of remission of 11 convicts in the Bilkis Bano case after the 14 years jail was "misconceived and devoid of merits".

The Home department also said the petition at "the instance of a mere busybody" with "political machinations" is liable to be dismissed.

The state government also submitted that all the convict prisoners have completed over 14 years in the prison under life imprisonment and opinions of the concerned authorities, including a sanction from the Centre, have been obtained as per the policy of July 9, 1992.

"The state government considered all the opinions and decided to release 11 prisoners since they have completed 14 years and above in prisons and their behaviour was found to be good. After approval of the State Government, orders have been issued on 10.08.2022 to release the prisoners," it said.

In a written response to the PIL, the state government said it has considered the matter as directed by this court and not granted the remission to prisoners as part of celebration of "Azadi Ka Amrit Mahotsav", contrary to the claims.

It also since the investigation of the offence was carried out by a central investigation agency, CBI, it has obtained the approval from the Union government.

The state government also asserted that the petition by Ali is neither maintainable in law nor tenable on facts.

In a joint plea, Ali, journalist Revati Laul and Prof Roop Rekha Verma, had challenged the remission granted to 11 convicts. TMC MP Mahua Moitra, among others, had also filed a petition in this regard.

Questioning the locus of the petitioners, the state government, said, "Being a third party stranger, they have no locus to challenge the remission orders passed by the competent authority strictly as per applicable law in the instant case under the garb of PIL."

"It is pertinent to note that the petitioner, (Ali) who is admittedly a political functionary, has not even pleaded that how she has the locus to seek for quashing the order of remission with respect to the 11 convicts sentenced by the Special Judge, Greater Mumbai," the Gujarat government said.

"The present petition is nothing but an abuse of PIL jurisdiction of this court. Thereby, this court should dismiss all the related pleas challenging the remission granted to 11 convicts in Bilkis Bano case," it added.