PM Cares Fund Is Not A Public Authority Under the RTI Act: Revealed in RTI Application; Challenge to PM-NRF still pending in Delhi HC [READ JUDGEMENT] 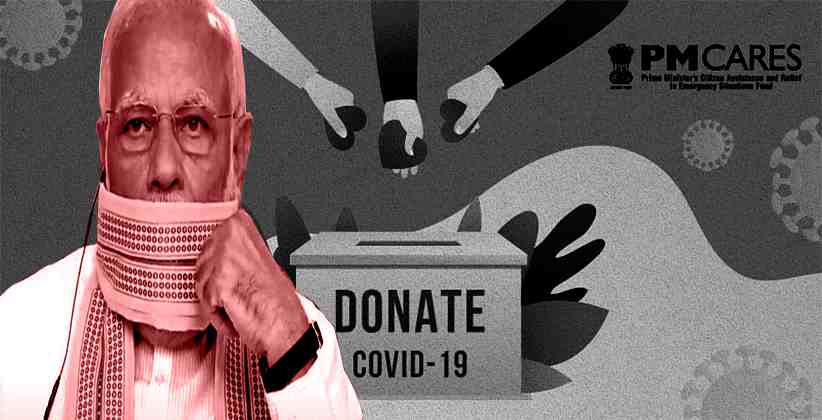 When concerns regarding the transparency of the PM Cares Fund set up for COVID-19 relief are been raised from all the quarters, a Right to Information (RTI) response received by a lawyer Abhay Gupta states that the Fund does not come under the scope of "public authority" under the RTI Act.

Abhay Gupta had filed an RTI application seeking details on the PM Cares Fund, including the following under the Right to Information Act, 2005:

The reply, which was received states,

"PM CARES Fund is not a Public Authority under the ambit of Section 2(h) of the RTI Act, 2005. However, relevant information in respect of PM CARES Fund may be seen on the Website - pmcares.gov.in."

Section 2(h) of the RTI Act defines "public authority" as such:

S. 2(h): "public authority" means any authority or body or institution of self-government established or constituted—

(a) by or under the Constitution;

(b) by any other law made by Parliament;

(c) by any other law made by State Legislature;

(d) by notification issued or order made by the appropriate Government, and includes any—

The denial of information regarding the PM Cares Fund as a public authority will shield it from the ambit of the RTI Act, and consequently, no citizen would be able to obtain any detail pertaining to the Fund deposited in PM Cares.

Interestingly on April 13, 2020, a three-judge Bench led by Chief Justice of India SA Bobde had dismissed the plea filed by Advocate ML Sharma seeking quashing of the Centre's decision to set up the PM Cares Fund. ML Sharma had filed PIL questioning the very basis to form a PM Cares Fund set up by Prime Minister Narendra Modi for COVID-19 relief.

Prime Minister is the ex-officio Chairman of the PM CARES Fund and Minister of Defence, Minister of Home Affairs and Minister of Finance, Government of India are ex-officio Trustees of the Fund. In addition to that, the Prime Minister also has the power to nominate three trustees to the Board of Trustees who can be eminent persons in the field of research, health, science, social work, law, public administration and philanthropy and they are supposed to act in a pro bono capacity.

On June 06, 2012, Central Information Commission (CIC) had held that the Prime Minister's National Relief Fund (PM-NRF) was a public authority. It denied information of individual people holding that it had the potential to compromise the privacy of depositors as well as beneficiaries but at the same time directed disclosure of the names of the institutional donors. The Appellant (Aseem Takyar) wanted some information regarding PM-NRF including such details as the name and the particulars of the donors and the beneficiaries during the period from 2009 to 2011. The Central Public Information Officer (CPIO), Prime Minister’s Office had provided some information but had denied the details regarding the donors and the beneficiaries on the ground that it was personal information, the disclosure of which was exempt in terms of the provisions of subsection 1(j) of section 8 of the Right to Information (RTI) Act.

An appeal (W.P.(C) 3897/2012) was filed before the Delhi High Court by PM-NRF and Single Judge Bench of Justice Rajiv Sahai Endlaw had also dismissed an appeal upholding the decision of CIC.

Letters patent appeal was filed by PM-NRF (LPA 231/2016 & C.M. 13063/2016) before the Division Bench of Justices S. Ravindra Bhat and Sunil Gaur, which had delivered a split verdict, where Justice S. Ravindra Bhat had upheld the Single Judge decision holding that PMNRF is a public authority, while Justice Sunil Gaur had held the contrary. Due to divergence of opinion, the matter was forwarded to the acting Chief Justice of the HC to assign it to the third judge. The issue is still pending.

Judgment in the case of PM-NRF will have ramifications on the PM Cares as lawyer Abhay Gupta had stated that he will file Statutory appeal against the decision of CPIO, Prime Minister’s Office.