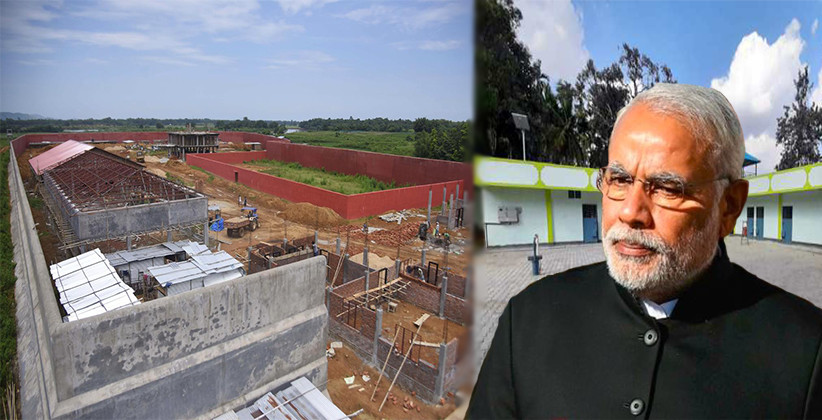 Since the issue over NRC (National Register of Citizens) has been gaining weightage in the country, a word has started obtaining popularity - Detention Center. Regarding the presence of Detention Centers in the nation, the Prime Minister, Narendra Modi had said in his speech that the opposition is lying and there is no detention center in the country. This speech took place at the Ramlila Maidan in Delhi on December 22, 2019.

So should the Detention Center running in six places of Assam not be considered part of the country? Nrityanand Rai, who holds the status of the State Home Minister of the country, himself had made a statement earlier saying that, the arrangement of everything from doctors to the detention centers in Assam is excellent. So, the Prime Minister, while giving his speech from the Ramlila Maidan, did not know that the Home Minister in the Rajya Sabha himself has accepted the matter of having a Detention Center.

For NRC, the Prime Minister also said that it was implemented after the order of the Supreme Court in the state of Assam. In November this year, Union Minister of State for Home Affairs Nityanand Rai said that a total of 1,043 refugees are residing in the six detention centers in Assam out of which Bangladeshis number 1,025 and 18 Myanmarians are housed. If we talk about other states, then Amitabh Gupta, Special Principal Secretary of Maharashtra also admitted that the search for land for Detention Center has started since July, after the Central Government gave directions to all the states.

The Karnataka government had also told the High Court in this case that 35 temporary detention centers are running in the state where the illegals who came to India illegally are being killed. In 2012, the Congress established Detention Center in District Jail, including Goalpara Kokrajhar in Assam, where more people are staying.