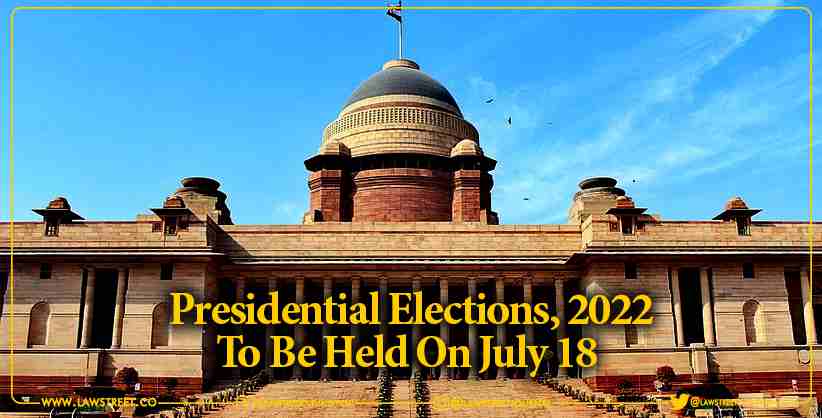 On June 9, 2022, the Election Commission of India declared that voting for India's next President will take place on July 18, 2022. On July 21, the votes will be counted if required.

Chief Election Commissioner Rajiv Kumar said that, The Secretary-General of Rajya Sabha will be the Returning Officer.

The nomination papers must be delivered to the Election Commission in New Delhi, and at least 50 members of the electoral college must act as proposers and seconders.

The electoral college list will be available on the election commission's website. The list will be updated as there are Rajya Sabha elections before the Presidential election.

Mr. Kumar said that political parties can not issue a whip to their members.

President Ram Nath Kovind's term ends on July 24, and an election for the next president has to be held before that day.

The President of India is elected by a vote of parliamentarians and legislators. Each legislator's vote has a different value depending on the population of the state to which they belong. The vote is conducted by secret ballot with a single transferable vote.