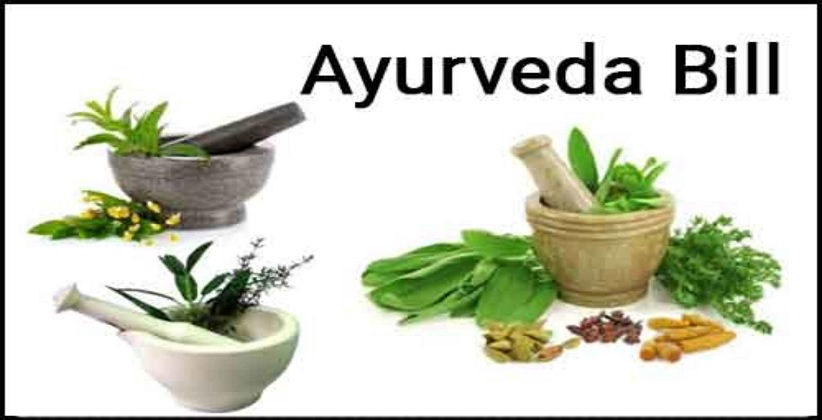 The Rajya Sabha (RS) on Wednesday (September 16, 2020) passed the Institute of Teaching and Research in Ayurveda Bill, 2020.

The institute will be declared an institution of national importance following the passage of the bill and will be instrumental for the promotion of quality and excellence in education, research, and training in Ayurveda. The bill seeks to merge three institutes into one integrated center. It will be called the Institute of Teaching and Research in Ayurveda, which will be based in Jamnagar, Gujarat.

It will be the first Ayurveda institution to be given the status of an institution of national importance. “The institution has been chosen in the most careful manner because it is the oldest Ayurveda center created by the government way back in 1956. This is the number one institution that deserves this status,” said Dr. Harshvardhan, Union minister for health and family welfare in the RS while discussing the bill.

The Institute of Post Graduate Teaching and Research in Ayurveda, Shree Gulabkunverba Ayurved Mahavidyalaya, and the Indian Institute of Ayurvedic Pharmaceutical Sciences will be merged with the Jamnagar-based proposed institute. The proposed institute will be situated on the campus of Gujarat Ayurved University in Jamnagar. “In the past 20 years, students have come from 65 countries to learn in this institution. It has got international recognition in several fields and has helped in the growing popularity of Ayurveda.

It will set a precedent for other institutions that may also be included to the list in the near future,” the minister added. Earlier, the bill was passed in the Lok Sabha’s budget session. Dr. Harshvardhan had introduced the bill in Parliament on Tuesday on behalf of Ayush (Ayurveda, Yoga & Naturopathy, Unani, Siddha, and Homoeopathy) minister Shripad Yesso Naik.

Naik was diagnosed with coronavirus disease (Covid-19) in August and is recovering from the viral infection.