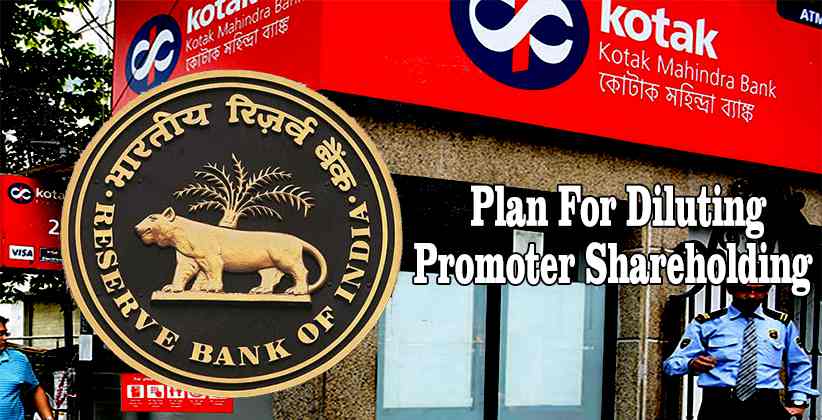 The final approval to the lender's proposal to dilute promoters' Shareholding in the bank will prove to be a good initiative taken by the Kotak Mahindra Bank.

"Further to our intimation dated 30 January, 2020, please note that the Reserve Bank of India has granted its final approval vide its letter dated 18 February, 2020 in the matter relating to dilution of promoters' shareholding in the Bank," the lender said in a notice to stock exchange.

On the 30th of January, 2020, the private sector lender had said RBI has agreed to it's proposal to reduce the promoters' stake. Further to which the promoter voting rights are also likely to be capped at 20% of the total paid up voting capital until 31st March 2020. And will later be capped at 15% which is to come to an effect from 1st April, 2020.

The total number of shares of Kotak Mahindra Bank have increased by 1% to Rs. 1709 after following the news of RBI's approval.