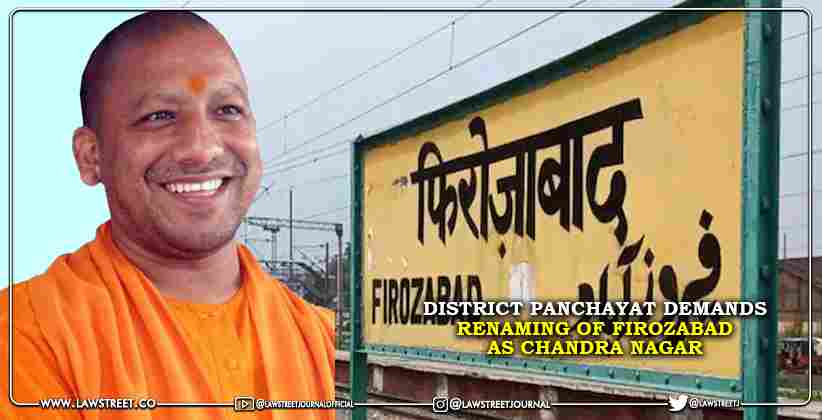 In an apparent push to politics over change of names, the District Panchayat of Firozabad passed a resolution demanding rechristening of the district. The newly elected Firozabad Zilla Panchayat has passed a proposal to rename the district as Chandra Nagar, according to officials.

Deshraj Singh, an officer of the District Panchayat said, “a resolution seeking change in the name of Firozabad district has been passed in the district panchayat’s meeting,” without giving any further clarification about the proposal.

Talking about the history behind the name Yadav said, “This is the area of King Chandrasen. It was known after him as Chandravar Nagar till about 1560 AD. Later, a representative of emperor Akbar named Firoz Shah visited the area and the place was named after him as Firozabad. The demand to rename Firozabad as Chandra Nagar has been raised time and again. I have information that the district panchayat has already forwarded the proposal to the district magistrate and the same will be forwarded to the state government.”

District Magistrate (Firozabad) Chandra Vijay Singh, and District Panchayat President Harshita Singh remained unavailable. The district’s official website, however, reads: ‘Firozabad was known in ancient times as Chandrawarnagar.’ Known for making glass bangles, Firozabad is one among 75 districts of Uttar Pradesh. The district headquarters are situated in Firozabad city at a distance of about 285 km west of Lucknow and about 40 km east of Agra, the city of Taj Mahal.'